Primark settles US legal action over web access for the blind 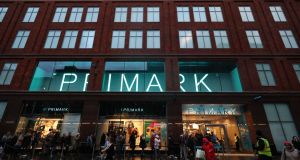 Irish-run retailer Primark was sued in the US for allegedly discriminating against the visually-impaired with the design of its consumer website. Photograph: Niall Carson/PA Wire

Primark, the Irish-run international fashion retailer that operates here as Penneys, has in recent weeks agreed to settle a US lawsuit that claimed its consumer website discriminates against the visually-impaired.

A raft of US consumer-facing businesses have been hit with similar cases in the past two years, over allegations that their websites breach the Americans With Disabilities Act (ADA), a landmark piece of US federal equality legislation.

Primark, which is making a major push into the US market after opening nine stores there, was caught up in a class action lawsuit filed in New York late last year.

A visually-impaired New York resident, Luc Burbon, launched the suit against the retailer, which she alleges breached the ADA due to the design of its website, and therefore discriminates against blind people.

In documents filed as part of the court case, she explained that many of the 8.1 million visually-impaired people in the US are only able to access websites using screen-reading software, such as Jaws, which translates text and descriptions of graphics into audio, or displays it on a refreshable braille unit.

Most websites, she argued, build invisible code into their website graphics, known as “alt-text”, that screen-readers for the blind can pick up. She alleged that Primark.com in many instances lacked this capability, and so the screen-reading software struggled to translate the retailer’s site.

Her lawsuit claimed that international web design guidelines suggest companies should always embed alt-text into their web displays to accommodate the blind. She asked the New York court for an injunction requiring it to adhere to the ADA and for compensation for herself and other blind people.

Last month, the retailer wrote to the judge indicating that settlement talks between Primark and Ms Burbon were under way. Subsequently, it filed another letter with the court, which said: “[We] are pleased to inform the court that the parties have reached a settlement, in principle...”

The judge issued an order that gives both sides until mid-March to finalise the matter, before the case could be reopened if no final agreement can be reached.

Such cases have become commonplace in recent years due to an apparent lack of federal guidelines on how websites can adhere to ADA. Recent research by specialist law firm Seyfarth Shaw, reported by Forbes, suggested that at least 800 such cases were filed in 2017, with last year’s total expected to be higher.

Primark does not engage in e-commerce, or selling online, and uses its site simply for marketing purposes. Last month, however, the chief financial officer of Primark’s listed owner, British Associated Foods, suggested in an interview with Marketwatch that it was considering the possibility of a web click-and-collect offering.

“We have looked at online,” said John Bason. “But if we do, it will be a form of e-commerce that complements what we have got. It’s about the logistics costs. Picking, packing and delivering and the cost of all of that.”

1 Who are Ireland’s 17 billionaires?
2 Are there annual limits on inheritances or gifts to a child?
3 Fianna Fáil may have just pressed the pause button on the property market
4 UK to prioritise EU trade deal over one with United States
5 O’Flynn ‘very unhappy’ with extra payments to former employee, court hears
6 My father in a nursing home wants to gift me his house
7 Eason puts Blanchardstown store on market at €16m
8 IDA chief says State could soon ‘be fighting for a smaller pool’ of foreign investment
9 Mixed-use investment in Greystones town centre guiding €5.5m
10 Dunnes premature in challenging Point Village resolution move, Supreme Court finds
Real news has value SUBSCRIBE