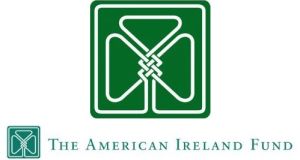 A former Dallas-based employee of the American Ireland Fund (AIF) and her son have denied allegations that they stole from the charity.

In court documents seen by The Irish Times, Ms Stover, who was responsible for fundraising, is also alleged to have caused the charity to pay her son, Robert Joseph Stover, in excess of $330,000 (€286,000), after which he transferred the funds back to Ms Stover.

Additionally, the charity has alleged that Ms Stover fraudulently charged AIF for a personal vacation to Ireland and Italy for herself, her son (RJ Stover), and two others by submitting false invoices that claimed the trip was for business purposes.

AIF also said Ms Stover used her “corporate credit card to steal AIF’s money and purchase items and services for her own personal use and the use of her family and friends”.

In her response to AIF’s petition, Ms Stover denied “each and every allegation”. She said that some or all of the claims and reliefs sought were barred by the statute of limitations.

She also asserted that “in the event that it is found” that she took the property of AIF, she did so by “mistake or accident”.

She has argued that she had a right to some of the property described in the petition and had the effective consent of the owner of the property. Ms Stover has also sought a jury trial.

AIF initially filed a claim against Ms Stover before adding her son, RJ Stover, to the action. Mr Stover denied “each and every allegation” made by the charity in court documents dated August 13th.

AIF filed the lawsuit against Ms Stover on May 31st. In June it served supboenas to Bank of America, PayPal, American Express, JP Morgan and retail group Nordstrom, seeking financial and other customer information related to Ms Stover.

In July, Ms Stover filed objections to the request for records arguing that they were overly broad. In the same month, AIF served further subpoenas on First National Bank Texas and First Convenience Bank as well as Venmo and eBay, to which Ms Stover subsequently objected.

Ms Stover’s objections to her personal financial records being accessed by the charity were ultimately overruled and an order to compel was granted by the Dallas court.

AIF declined to comment on the court proceedings while the law firm representing Ms Stover did not respond to emails and phone calls seeking her response to the allegations. Mr Stover’s law firm could not be reached for comment.

In a statement issued to The Irish Times last week, John Fitzpatrick, the New York-based hotelier and chairman of the board of the Ireland Funds, confirmed that the charity was taking legal action relating to the alleged embezzlement.

“In addition to seeking legal redress for these fraudulent acts, American Ireland Funds has retained an outside law firm to conduct an independent review of our findings, to ascertain if there is any evidence of additional fraud and to recommend any additional fiscal safeguards and controls to further protect the fund against fraud in the future,” he said.

Founded in 1976 by Sir Anthony O’Reilly and the late Dan Rooney, the Ireland Funds, of which AIF is a subset, is a major philanthropic foundation that has raised $600 million for various causes on both sides of the Border.