Cantillon: Former employee of charity in Texas office at centre of damaging allegations 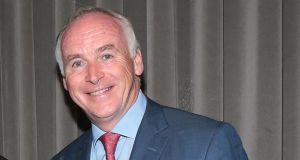 John Fitzpatrick, chairman of the Ireland Funds, said the charity had retained an outside law firm to conduct an independent review.

Over the course of its 42-year history, the Ireland Funds, in its various guises, has been a force for a lot of good on this island, raising about $600 million (€521 million) from donors around the world in support of some 3,200 different organisations on both sides of the Border.

Against this backdrop, the allegation of embezzlement of hundreds of thousands of dollars against a former employee of the American Ireland Funds, is troubling and potentially damaging to the New York-based charity.

The alleged fraud was discovered in March and occurred in a satellite office in Texas, where the philanthropic foundation has taken legal action to seek relief and damages from the former employee.

In a statement to The Irish Times, John Fitzpatrick, chairman of the board of the Ireland Funds, said the charity had retained an outside law firm to conduct an independent review of the alleged fraud, to determine if any additional frauds might have occurred, and to recommend safeguards that might protect the charity against something like this happening again.

The latter part of that statement is particularly important for the future of the funds.

To protect its hard-earned reputation, the foundation needs to reassure donors that sufficient controls are in place to ensure that this alleged fraud cannot happen again, and that every cent of the money they are providing will be used to support good causes in Ireland.

“We remain committed to our ongoing work of supporting great projects promoting peace, equality and opportunity across the island of Ireland and among Irish communities worldwide,” Fitzpatrick added.

The Ireland Funds was set up in 1976 by Sir Anthony O’Reilly and the late Dan Rooney, a former US ambassador to Ireland, to promote and support peace, culture, education and community development throughout the island.

It was set up during the Troubles, when Ireland was a very different place. Four decades on it has its own troubles to sort out.