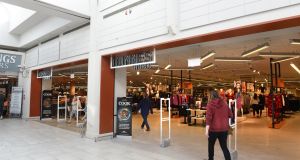 By taking such a large payment now, the Dunnes Stores family eliminates future currency risk if sterling, as expected, falls further against the euro as the effects of Brexit sink in.

The family-owned retailing company Dunnes Stores has taken a dividend of £250 million (€284 million) from its main UK entity. The group, headed by Margaret Heffernan, owns 17 stores in Northern Ireland and six in Britain, most of which eschew grocery sales in favour of homewares and textiles.

Newry-registered Dunnes Stores (Bangor), through which most of the group’s sales in the North and Britain flow, also recorded revenues last year of just under £100 million, according to its accounts filed this week.

The 2016 sales compare unfavourably to revenues of £127.5 million recorded the previous year. The comparison is skewed, however, by a change of date on the accounts which means that the 2016 figures comprise only 42 weeks of the year, compared with 52 weeks for the previous year’s accounts. The latest figures omit the crucial post-Christmas and January sales period.

Dunnes Stores (Bangor) recorded a loss before tax of £5.1 million for the period, compared with profits of £13.2 million for the previous full year. The 2016 profits were hit by property writedowns of £7.6 million, but, even still, the figures suggest a decline in the performance of its UK operations as the Brexit vote bites.

Staff numbers at the unit fell from 1,474 to 1,289, as Dunnes closed a number of Northern Ireland units. It has continued closures this year, shuttering its Portadown store in the summer.

The huge dividend payment is recorded in the group’s cash flow statement, and reduced the accumulated profits on the northern unit’s balance sheet by three-quarters.

By taking such a large payment now, the Dunnes family eliminates future currency risk if sterling, as expected, falls further against the euro as the effects of Brexit sink in.