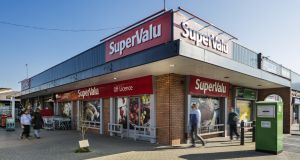 Embattled Swiss-Irish baked goods group Aryzta looks set to raise up to €84 million through the sale of its La Rousse Foods business and a once-off dividend payment from French frozen food firm Picard, in which it holds a 49 per cent stake.

The move to sell its La Rousse brand to the Musgrave Group for an undisclosed sum thought to be in the region of €30 million was announced yesterday.

La Rousse supplies premium food to hotels and restaurants in Ireland. The move comes as Aryzta’s new chief executive Kevin Toland conducts a strategic review of the business in a bid to refocus the company and pay down its €1.7 billion debt.

Musgrave, which owns the Centra and SuperValu chains, said it intends to run the business as a standalone brand post acquisition.

Aryzta only bought La Rousse in 2015 for a reported price of between €20 million and 30million.

The deal is still subject to approval by the Competition and Consumer Protection Commission.

“We look forward to working with the La Rousse Foods team and customers who will benefit from the support of Musgrave in terms of supply chain infrastructure and access to an increased product range,”

“The acquisition forms part of our Growing Good Business strategy, which focuses on growing our brands in the food market across the island of Ireland,” he added.

Aryzta also stands to gain as a result of a debt refinancing deal by frozen food retailer Picard.

Picard is planning a €1.5 billion two-part offering that will refinance existing debt and fund a shareholder distribution, according to a bond prospectus obtained by Bloomberg.

The French company’s advisers – Credit Suisse, JP Morgan, BNP Paribas and HSBC – held initial meetings with investors on Tuesday as they look to cretae demand for €1.19 billion in fixed rates notes that would fall due in 2023 and a separate €310 million bond repayable in 2024.

Picard is owned by UK private equity group Lion Capital and Aryzta. On the basis of its 49 per cent shareholding, the once-off dividend could amount to just short of €54 million for Aryzta.

The Swiss-Irish group paid €446.6 million, also in 2015, for its stake in a deal that was badly received at the time by investors.

Aryzta said last month that it had “clearly overpaid” for Picard stake and was waiting for an opportunity to sell.

It was rumoured back in May that Aryzta was close to selling out of the business. However, chairman Gary McGann said in September that it had hit a stumbling block in relation to the planned sale.

Speaking to analysts after the company reported its third quarter figures, he said that permission needed from Lion Capital to sell its stake “is not currently forthcoming”. Lion Capital was also not interested in pursuing a more valuable proposition of both selling out of Picard at the same time.

Aryzta will brief shareholders on its ongoing plans to restructure the group at its annual general meeting on Thursday. – (Additional reporting Bloomberg)