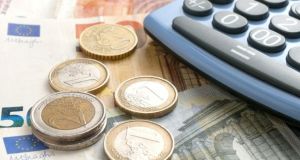 Pulling plans to increase the State pension age will cost the incoming government up to €470 million a year, according to Government’s own figures, Fianna Fáil has said.

And there will be a further €150 million bill annually if a transition pension is put in place to cover those forced out of their jobs at 65, the party’s spokesman on social protection Willie O’Dea said.

The comments come as political parties come under pressure from voters over plans to raise the State pension age to 67 from next year and to 68 from the start of 2028. All major parties have reported it as an issue that has arisen on the doorstep.

Speaking on Morning Ireland, Mr O’Dea also confirmed Fianna Fáil plans to outlaw contracts that force workers to leave their jobs at 65. He added that, if elected, his party would ensure that there would be no more “signing on” for people who had retired.

Regina Doherty, the Minister for Employment Affairs and Social Protection, said it was “very doubtful if outlawing contracts would be constitutional because most people freely enter into their contract”.

“It’s part of their property rights and under our constitution any interference by the State with those rights has to be necessary and proportionate.”

She noted that the Government had moved to allow people in the public sector “which we do have control over, allow them to work until they’re over 70”.

Taoiseach Leo Varadkar said over the weekend that Fine Gael would reintroduce a transition pension if returned to power. It was abolished in 2014 when the state pension age was raised to 66.

On Morning Ireland, Ms Doherty said the thinking behind a reintroduced transition payment was so that people aged 65 who are forced to retire would not be required to sign on until the pension kicks in. “I agree that it’s not fair to have to go on the dole,” she said.

Mr O’Dea said a Fianna Fáil-led government would set up a review of the pension age but he insisted that any arrangement had to be “sustainable” into the future so that younger people could have a realistic expectation of a State pension when they retire.

The Minister pointed out that the move to increase the pension age stemmed from a 2007 review of the Social Insurance Fund fund that pays pensions. There are now more pensioners than workers, she said. “There is a pension time bomb, saying the plan to increase the age at which people get the state pension was in place “because we need to ensure sustainability”.

1 Aldi to impose limits as Christmas toys go on sale
2 Fair deal? Family at odds with hospital and each other not so sure
3 Monsoon landlords win challenge over creditors arrangement that cut rents
4 Irish elearning company LearnUpon closes €47.4 million investment
5 ‘I hate haggling because I hate when people do it to me’
6 Ryanair lags rivals as Covid-19 vaccine hopes buoy markets
7 First look: Is the iPhone 12 Pro the best smartphone out there?
8 What to consider if older person or loved one needs care at home
9 Ulster Bank to meet Paschal Donohoe to discuss bank’s future
10 Bank of America names new head of EU hub as Brexit looms
Real news has value SUBSCRIBE
Save money on international transfers