Paying a tax rate of 1.37%, Tigers Childcare goes to London and doffing the cap to Apple 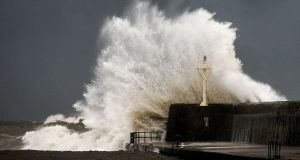 IBM says it can make batterise from seawater.

Overseas investors that snapped up Irish property assets following the crash and put them into ultra-tax-efficient fund structures paid an effective rate of just 1.37 per cent on income following a Government effort to reel them into the tax net in 2017. Joe Brennan reports.

Irish creche and after-school care business Tigers Childcare, writes Dominic Coyle, has secured €5 million to fund expansion, including the opening of its first centre in Britain.

A Co Kildare regulatory software company intends to hire a further 100 staff as it targets revenue of up to €30 million over the coming five years. Peter Hamilton reports.

It’s that time of year as nominations have opened for the 2020 EY Entrepreneur of the Year awards, which are now in their 23rd year.

In her weekly column Karlin Lillington says thatdoffing the cap to Apple is not a good look for the country.

Cantillon wonders why Shannon Airport is better off bundled with a model railway in Malahide, a farm in north county Dublin, Bunratty Castle and an eclectic mix of technology parks across Munster and applauds the entrepreneurship behind the Google/Pointy deal.

Normally, when one hears of a battery-seawater interface, the assumption is that the Salthill road in Galway has flooded, says Neil Briscoe, but IBM would like to say otherwise.

In Innovation Talks, Chris Horn wonders if satellite swarms can save the internet?

In Web Log Marie Boran tunes into Russell Brand’s addiction counselling video and finds that Reddit has banned deep-fake videos. Marie also tells us that with the right tools you can continue to use your favourite sites without being surveilled.

In this week’s Tech Review Ciara O’Brien has a look at the Acorn tablet.

In our latest Business Podcast Ciarán Hancock is joined by Economist Jim Power and Irish Times Journalist Cliff Taylor. Together they take a look at how the Irish General Election campaign will play out over the next few weeks. Will the electorate give Fine Gael any credit for the recent economic growth and which party is best equipped to tackle the housing and health crisis?

Plus, New Zealand based entrepreneur Andrew Barnes discusses his new book ‘The Four Day Week’, which puts forward the idea that shorter working hours results in more productivity. It sounds great in theory, but would it work?