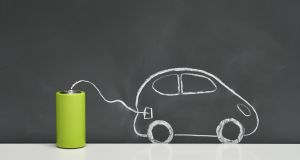 IBM claims that it has developed a newbattery, with an entirely new chemistry, which does away with the need for rare substances such as lithium and cobalt

The fact that we need to move to battery power for our transport needs has never been clearer. In spite of the gnashing and wailing of the climate change deniers, the planet is heating up, and motor transport in particular needs to be weaned off petrochemicals if we are to keep the Earth going for another few generations.

There’s a problem, though. Batteries are not in and of themselves “clean” – they require vast amounts of relatively rare metals, such as lithium, nickel and cobalt. These have to be mined from the ground, a messy and environmentally unfriendly process in itself, and one that is fraught with potential employment safety and even human rights abuses. Cobalt mining, in particular, has been flagged up by Amnesty International as something of a cesspit of illegal, and hugely dangerous, child labour.

So, what can we do? Our petrol and diesel cars are too dirty to keep driving for much longer, and now we are told that making the batteries for their potential electric replacements is also a murky process.

Well, there may just be a solution. How about making batteries from seawater? Normally, when one hears of a battery-seawater interface, the assumption is that the Salthill road in Galway has flooded during a storm tide and several people’s cars are now underwater. This time, however, the relationship is more beneficial.

IBM claims it has developed a new type of battery, with an entirely new chemistry, which does away with the need for rare substances such as lithium and cobalt.

IBM is, perhaps unsurprisingly, not yet saying precisely what the chemical makeup of this new wonder-battery is but it has said that the materials it needs can be extracted from common seawater.

Right now, IBM says that getting the battery from lab into potential production is at least a year away, but it has teamed up with Mercedes- Benz, battery electrolyte supplier Central Glass and the battery manufacturer Sidus to try to speed up the process of getting the technology into a working car.

It’s possible that this technology underpins the claims Mercedes has made for the AVTR concept car it displayed at the CES consumer electronics show in Las Vegas last week.

While there was much (rather silly) hype about the AVTR concept having been designed in conjunction with movie director James Cameron, and inspired by his Avatar series of films, in the background there was talk of “a revolutionary battery technology developed with graphene-based organic cell chemistry that is completely free of rare earths and metals. The materials of the battery are compostable and therefore completely recyclable.”

Our first glimpse of what IBM is working on?

It’s not only the environmental aspects of the seawater battery that are potentially exciting. It may just be that it’s a better battery in general than current lithium-ion cells.

According to IBM, it will be cheaper to build than a current battery, chiefly because of the lack of cobalt and nickel.

It’s faster at charging too, reaching 80 per cent capacity in five minutes without affecting the discharge capacity (although IBM hasn’t said at what speed the prototype battery was charged).

The power density of 10,000-watts per l0itre is higher than that of lithium- ion, while the energy density of 800-watts per litre is about the same. On top of this, it’s safer as the electrolyte that coats the cells is less flammable than that used by lithium batteries.

“When we set out to explore solutions to the challenges associated with batteries today – and thus certain obstacles to renewable energy as a whole – we drew on IBM Research’s strong infrastructure that allows us to study how things work on a molecular and atomic level,” said Young-hye Na, IBM’s manager of materials innovation for batteries.

forward in battery design – the use of quantum computing to more accurately model a battery’s structure and molecular makeup.

Well, sidestepping for a moment the adage that anyone who thinks they’ve understood quantum mechanics definitely hasn’t, quantum computing is a way of using the inherent uncertainty of quantum mechanics (Schrödinger’s cat, remember that?) to predict the outcome of mathematical equations before they are solved.

Whereas traditional computing relies on bits, or ones and zeros, quantum computing uses quantum bits, or qubits, that can be both one and zero at the same time. This property, known as superposition, grows exponentially as qubits become entangled with each other. The more qubits that can be strung together, the vastly more powerful a quantum computer becomes.

How does this relate to batteries? Well, IBM and Mercedes are working on next-generation lithium-sulphur batteries, which theoretically would be much more efficient and long-lasting than a lithium-ion battery.

The problem? The researchers working on the project needed to accurately model how lithium-hydride molecules would react under different states of electrical charge. That’s a wildly complex and difficult thing to do – the best conventional supercomputers can only accurately model very small, simple, molecules – lithium is neither.

By using quantum computing (and these computers are still highly experimental themselves), much more complex equations can be solved, and the ideal “ground state” – the most stable chemical configuration – of the battery’s various elements may well be found.

“The hope is that in time quantum computers can greatly speed up the simulation process by precisely predicting the properties of a new molecule that can explain its behaviour, such as reactivity.

It works by using unique properties of superposition and entanglement, allowing the potential for researchers to evaluate expectation parameters – in a much more efficient way than a standard computer ever could,” said Jeannette Garcia, IBM research’s senior manager for quantum applications.

So, the future of batteries could be upon us, and it may contain more saltwater and more theoretical cats than we could ever have foreseen.