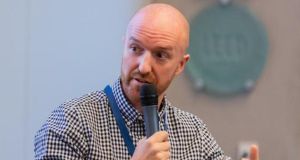 Irish technology company Effective Software has raised $1.5 million (€1.3 million) as it plans an ambitious global expansion and rebrands the company.

Effective, which will become Engage EHS, specialises in environment, health and safety technology. The company plans to add staff to its Dublin headquarters and globally, and is looking at opening new offices overseas, with the US and Asia Pacific regions potential targets in 2020.

The company’s health and safety management system uses a combination of web and mobile modules to connect a company’s health and safety processes in one place, including incident, audit, risk, training, permit to work, contractor and plant processes. It also aids more effective communication between managers and workers to help more efficiently administer safety initiatives.

Existing investor ACT Venture Capital has invested further in the business in this round, with Elkstone and a few significant private investors also providing backing. It brings to $2.3 million (€2 million) the total funding the company has raised to date, with the latest round being considered the Series A growth funding for Engage.

The expansion will see the total number of people employed at the company grow from 35 to 50 over the next 18 months, with the Dublin team growing from 20 to 30 in the same period. The new jobs will be primarily in sales and product development.

Dublin remains the company’s main hub, with its management, customer success team and product team headquartered in the city centre offices. Its sales team is further flung, with some in Engage’s offices in London, Glasgow, Manchester and Leeds, and a technical team in Madrid.

“It’s been really good in terms of getting the right people,” chief executive Darragh Geoghegan said. “It’s hasn’t really been a cost exercise – it’s not cheaper than running in Dublin – but it has allowed us to a build out teams with relevant experience and to compete for people.”

Although Engage is Irish-based, 80 per cent of its business is in the UK. The company targets the manufacturing, engineering, logistics and supply-chain and construction sectors, with Siemens, SSE Airtricity and DX among its customers.

“Certainly when we started out, it was small- to medium-sized businesses we focused on for the first couple of years,” Mr Geoghegan said. “Over the last five or six years, we’ve been dealing with bigger and bigger enterprises because they have more of a need.”

Engage has been preparing its business ahead of the UK’s exit from the European Union, including building a UK base and hiring locally.

It would be foolish to think there is not going to be some kind of negative impact [from Brexit],” Mr Geoghegan said, noting the impact from sterling’s decline on revenues.

However, the environment, health and safety market is growing, the company said. According to recent research from Verdantix, the market will be worth $2 billion (€1.7 billion) by 2024, growing at a compound rate of 9.2 per cent and driven by digitisation in the sector.