Fund structures were provided with high interest loan, rather than taking dividends 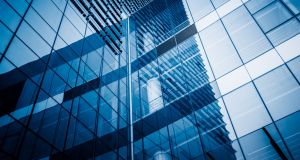 The low tax receipts support Minister for Finance Paschal Donohoe’s claim in his budget speech in October that some IREFs “have engaged in aggressive behaviour to avoid tax”.

Overseas investors that snapped up Irish property assets following the crash and put them into ultra-tax-efficient fund structures paid an effective rate of just 1.37 per cent on income following a Government effort to reel them into the tax net in 2017.

The €32.5 million tax haul from so-called Irish real-estate funds (IREFs) equated to 0.24 per cent of the €13.5 billion of assets in such vehicles, according to an Irish Times analysis of figures obtained from the Revenue Commissioners. IREFs recorded €2.36 billion of income from property sources in the 18 months to June 2018, according to the document.

The low tax receipts support Minister for Finance Paschal Donohoe’s claim in his budget speech in October that some IREFs “have engaged in aggressive behaviour to avoid tax” – as he moved to limit their scope to do so in future.

The Government set up the IREF regime in 2017 following political uproar over how investors had used fund structures – originally designed for international investment funds to hold global assets – to house Irish property and minimise their tax bills. It imposed a dividend withholding tax – then levied at a 20 per cent rate, but subsequently increased to 25 per cent – on IREF investor distributions.

However, it subsequently emerged that investment firms behind IREFs resorted increasingly to extracting money from these funds by providing them with large shareholder loans with high interest payments, rather than by taking dividends on income.

Industry sources said last October that IREFs had been piled with up to 90 per cent debt against assets, including sole shareholder and bank loans. The Revenue document, provided to The Irish Times in response to queries, highlighted how high interest payments depressed taxable income.

“A common feature of these loans [from sole shareholders] is that interest rates generally range from between 9 per cent and 15 per cent. This compares with the bank loans which were generally the Euribor rate plus approximately 2 per cent to 3 per cent,” it said. The benchmark three-month Euribor rate – at which banks lend to each other – is currently negative.

The heavily-redacted Revenue document noted how IREFs had resorted to booking “excessive expenses” and some questionable practices in recognising significant unrealised revaluation gains and losses in their accounts.

Mr Donohoe moved in the Finance Act 2019, enacted before Christmas, to limit IREFs’ to only allow tax-relief benefits of having a maximum 50 per cent debt ratio against the cost of assets. Interest rate payable on such debt is also now effectively capped as Revenue will only allow interest deductions of €1 for every €1.25 of a fund’s income.

The measures – together with a clampdown on real estate investment trusts (Reits) – are projected by the Department of Finance to yield €80 million of additional taxes a year for the Exchequer.

“The Minister for Finance has noted that he will continue to review the tax treatment of IREFs and is open to further legislative changes to combat perceived tax avoidance,” said William Fogarty, a tax lawyer with Maples and Calder in Dublin.

“It would not be surprising if further changes are introduced. This creates a climate of considerable uncertainty which impacts the ability to assess the investment returns and taxation of future projects.”

Mr Fogarty said that investors would like to see a formal policy statement from Irish authorities clarifying the future treatment of IREFs. “This would provide greater certainty to those seeking to commit capital to Irish property over the coming decade,” he said.