The Favourite helps Element Pictures to profits of €473,053

Profits down on 2017, but dividend payment rises 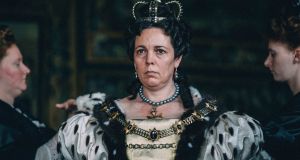 The box office success of the multi-award-winning The Favourite last year contributed to Element Pictures recording post-tax profits of €473,053. While this was down from 2017’s profit level, the company’s founders raised the dividend they paid themselves from €250,000 to €300,000.

New accounts for Element Pictures Ltd show that the company’s bottom line was boosted by a string of critically acclaimed movies.

The Favourite was produced for $15 million (€13.6 million) and took in $95 million at the global box office, with Olivia Colman scooping an Oscar for her performance in the black comedy.

The movie had a limited US release in November last year, and was in Irish and UK cinemas last January.

At the end of 2018, accumulated profits at Element Pictures totalled €2.84 million. The company’s cash reduced from €2 million to €1.22 million during the year.

Numbers employed at the company last year were static at 26.

The success of The Favourite followed on from the global success of the Oscar-winning movie, Room, and The Killing of a Sacred Deer which was a breakout hit for young Dublin actor, Barry Keoghan.

Element Pictures has offices in Dublin, London and Belfast and works across production, distribution, and exhibition.

Earlier this year, the company began shooting a 12-part series adaptation of Sally Rooney’s best-selling Normal People for the BBC. The series is being directed by Lenny Abrahamson.

Element Pictures also operates Dublin’s Light House Cinema and Galway’s Pálás, with the two venues employing about 60 people between them.