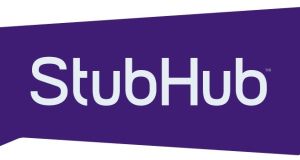 Eric Baker, Viagogo’s chief executive, co-founded StubHub while in business school, but left before the business was sold

The managing director of ticket reselling platform Viagogo, which has agreed a $4 billion buyout of US rival StubHub, says it will wait until proposed new Irish laws to ban ticket touting are finalised before deciding whether to transfer any of StubHub’s functions to Viagogo’s European headquarters in Limerick.

The Government has already approved proposed new laws clamping down on ticket touting, pushed by Fine Gael TD Noel Rock, but the legislation has yet to be enacted.

Cris Miller of Viagogo said the possibility of expansion of its unit in Limerick, which employs 250 people, following the StubHub deal are currently unclear. Viagogo had previously suggested it wants to expand the number of jobs by 100 but now wants “clarity” on how it will be affected by proposed new touting laws.

“We would love to expand it [the Limerick operation],” said Mr Miller. “But we need some certainty on the legislation before we can make those calls. Hopefully it is resolved soon.”

Viagogo is buying StubHub from eBay for $4.05 billion (€3.67 billion)in cash, allowing the US web giant to focus on its main retail site and address pressure from shareholder activists.

Starboard Value and Elliott Management, the New York-based hedge fund run by billionaire Paul Singer, earlier this year proposed a plan to improve eBay’s performance, including a sale of StubHub and the classifieds business.

EBay’s shares rose 5.6 per cent after the deal was announced Monday. They are up 24 per cent this year, giving the San Jose, California-based company a market value of about $28.4 billion.

EBay bought StubHub in 2007 for $310 million as it sought to bolster its online marketplace for secondary sales of seats to concerts and sporting events. Today, it’s the largest resale ticket marketplace in the US, with about $1.1 billion in net transaction revenue in 2018, according to eBay filings. The unit accounted for about 11 percent of eBay’s total revenue in the third quarter.

Eric Baker, Viagogo’s chief executive, co-founded StubHub while in business school, but left before the business was sold. “It has long been my wish to unite the two companies,” he said. “I am so proud of how StubHub has grown over the years and excited about the possibilities for our shared future.”

Combined, the companies will sell hundreds of thousands of tickets daily across more than 70 countries, according to the statement.

Geneva-based Viagogo was forced to make changes to its business after coming under fire from the UK’s Competition and Markets Authority (CMA) for misleading customers. The CMA suspended court proceedings in September, saying the ticket re-seller had addressed concerns it was flouting laws designed to protect consumers.

The deal is expected to close by the end of the first quarter of 2020, the companies said. – Additional reporting: Bloomberg

1 Race against time: The inside story of Ireland’s Covid Tracker app
2 Blockbuster Schrems decision to impact nearly every business
3 Judge strikes out Clontarf residents case against development
4 EU court rejects data transfer arrangement with US
5 Ryanair and Aer Lingus cut flights as travel restrictions continue
6 Dublin City Council brings new challenge to Ronan dockland tower
7 State gets €8.8m EU grant to study Dart expansion into Kildare
8 The 7 key things the Government has to consider to jump start a recovery
9 Ireland wins appeal in €13 billion Apple tax case
10 ‘I set up an investment club many years ago with a bunch of friends’
Real news has value SUBSCRIBE