The BBC mystery: Why are pay differentials so large? 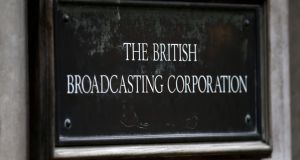 Bonanzas for some, not for others, at the BBC. Photograph: Neil Hall/Reuters

The disclosure of the salaries of 96 BBC presenters, actors and panellists earning more than £150,000 raises an age-old quandary: just why are some people (two-thirds of them men) paid so much?

“Market forces” is the reason favoured by some on the list, and the BBC itself. Gary Lineker (£1.75 million-£1.8 million) was among those who said he had turned down a higher offer from elsewhere. Yesterday, he tweeted that he had stayed with the BBC because he loves and values both his job and BBC Sport. The feeling is clearly mutual.

Negotiation capitalism explains a lot. The BBC people who appear on the list must have better agents than those who don’t (with the exception of those smart cookies who are paid through production companies and kept their pay private).

The BBC chooses to pay the big bucks because it wants to keep hold of certain reputation-enhancing or audience-pulling individuals it might otherwise lose to a rival. But how many of the 96 would really be able to command higher salaries elsewhere?

This same market forces explanation always falters under close examination when it gets trotted out in the context of RTÉ’s highest-paid. Even where it is true that someone could earn more from a commercial broadcaster (hello, Joe Duffy) there must still come a point in the negotiations where they price themselves beyond the reach of the publicly funded one.

There are many who feel that this point should be lower. Gargantuan pay packets come not just at the expense of the public, but at the expense of colleagues working long, exploitative hours doing similar and sometimes more difficult jobs for a fraction of the rewards. Why are the salary differentials so insanely large?

These fascinating pay disclosures have been forced on the BBC by the Conservative government and gives several winters of fuel to its political enemies. But it is also a useful case study of pay inequality within an organisation.

Why is one radio presenter paid £600,000 and another £150,000 for the same show? Why are men earning more than the women sitting next to them? Why on earth does John Inverdale earn more than Clare Balding? There are so many questions, and only one certainty: no one is irreplaceable.