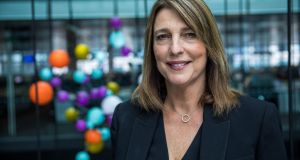 Carolyn McCall is stepping down as EasyJet boss to join ITV as chief executive. Ms McCall, who begins her new role in January 2018, had been the front runner to secure the broadcaster’s vacant top job after Adam Crozier stepped down at the end of June.

ITV described it as “broadly the same remuneration opportunity” to Mr Crozier’s. Ms McCall will also receive awards to compensate for remuneration arrangements forfeited on leaving EasyJet. She has headed up the low-cost airline since 2010, prior to which she was chief executive of Guardian Media Group.

“I’m really pleased to be joining ITV. It is a fantastic company in a dynamic and stimulating sector. “I am looking forward to getting to know all of the people at ITV and helping it make the most of the amazing opportunities that it has in the future,” she said.

Ms McCall has also been a non-executive director of Burberry since 2014 and sits on the board of the Department of Business, Energy and Industrial Strategy and is a Trustee at the Royal Academy. Peter Bazalgette, chairman of ITV, said: “In a very impressive field of high calibre candidates, Carolyn stood out for her track record in media, experience of an international operation, clear strategic acumen and strong record of delivering value to shareholders. I’m delighted we’ll be working together at ITV.”