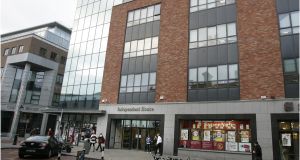 The surprise statement sent the company’s stock down as much as 19.5 per cent before closing off 14.1per cent at 11c, leaving its market value at €153.1 million.

The media company behind the Irish Independent and Sunday Independent also cited lower than expected growth in digital revenues and increased costs arising from “legacy libel awards” in its profit alert.

While analysts, on average, expected before the warning that INM’s pre-tax profit would fall almost 9 per cent to about €38 million in 2017, it is now understood that the company’s board now sees the result coming to about €30 million.

“A key issue facing the newspaper sector in Ireland is the sustained decline in circulation and readership, resulting in reduced sales and a decrease in advertising revenues,” the company said in a statement on trading in the first half. “In addition, continued uncertainty over Brexit is expected to result in a publishing advertising revenue decrease of circa 12 per cent year on year.”

Total advertising is forecast to decline by about 7 per cent this year, as a result of a decline in publishing advertising and lower-than-expected growth in digital revenues. However, Newspread, the group’s newspaper and magazine distribution business, continues to experience profit growth as it diversifies from low-margin paper deliveries to “higher margin non-news items”, it said.

“Cost saving plans are in place to partially mitigate revenue declines, with the ex-Newspread cost base reduced by circa €10 million year on year,” it said.

The company said that the “significance of a long tail of legacy libel cases and the unpredictability of the level of recent awards has materially impacted this year’s performance and management are reviewing the provisioning of outstanding cases to adequately protect against any risk”.

“The ongoing negative impacts from Brexit are likely to intensify through the remainder of 2017, which, when coupled with declines in circulation, significantly dampens the profitability outlook for INM and increases the imperative to identify acquisitions that will augment future growth.”

INM has about €100 million of cash on its balance sheet, according to Merrion Capital, which has pulled its recommendation on the company’s stock.

Still, the group said that it has “curtailed” mergers and acquisitions activity, as circumstances surrounding a proposed bid by the company for Newstalk, the radio station owned by INM’s largest shareholder, Denis O’Brien, remain subject to an independent review.

The Office of the Director of Corporate Enforcement (ODCE) is also looking into the matter, following a protective disclosure by group chief executive Robert Pitt under whistleblower legislation. Mr Pitt is known to have been at odds with Leslie Buckley, INM’s chairman and an associate of Mr O’Brien, over the value of Newstalk.