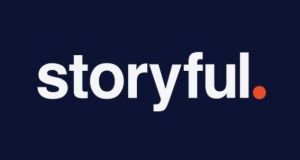 News Corp, which acquired Storyful in an €18 million deal seven years ago, has ploughed close to €40 million into the company in recent years as it expanded from being primarily a news gathering agency to working to help brands better manage their corporate reputations.

Storyful was co-founded by former RTÉ journalist Mark Little in 2010 and acquired three years later. Mr Little has since gone on to co-found media tech start-up Kinzen with Áine Kerr, another Storyful alumnus.

Newly filed accounts show Storyful recorded a 22 per cent drop in revenues in the year to the end of June 2020 to €5.08 million from €6.5 million for the same period in 2019. The company stressed that the Covid crisis had no impact on turnover.

The latest figures include an impairment of €618, 561 linked to the decision to discontinue some services. It also includes restructuring costs of €333,398 which relate to the shuttering of operations in Australia.