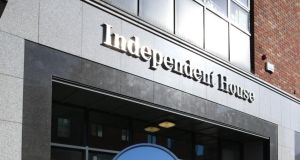 Independent News and Media (INM) is trying to stall a case that is being taken against it and its former chairman, Leslie Buckley, by two members of the so-called INM-19 cohort whose personal data was allegedly hacked at the newspaper publisher.

Former INM executives, Karl Brophy and Gavin O’Reilly, who are suing the company and Mr Buckley, are trying to force the company to file a defence to their legal claim over the alleged breach of their data.

The two businessmen, who left INM and later set up PR company Red Flag, have sought judgment against INM for not filing its defence in time. Mr Buckley filed his defence in the case last July.

INM, which plans to change its name to Mediahuis Ireland this year, objects to the move to force it to a file a defence.

It claims it is not able to properly prepare a defence until a report is published on the alleged data hack by High Court inspectors, who are currently investigating it among a range of matters at INM, as well as a separate report from an ongoing investigation by the Data Protection Commission.

In addition to objecting to Mr Brophy and Mr O’Reilly’s attempts to get it to file a defence, INM has applied for a stay on the entire case, pending the publication of the inspectors’ report and/or the DPC report.

The general issues are due to feature in a High Court hearing on Monday as part of the attempt by Mr Brophy and Mr O’Reilly to have judgment entered against INM for not filing a claim.

INM’s lawyers have argued in filings to the High Court that it is “premature” to expect it to file a defence without the benefit of the findings of the court inspectors and the DPC. They claim there is an “evidentiary deficit” in the case without those findings.

INM says it still “does not know the full circumstances” of what happened regarding the alleged data hack, which the State’s corporate watchdog, the ODCE, says occurred in an operation overseen by Mr Buckley.

INM’s lawyers concede that there are often evidentiary gaps in cases, but they say this is an “unusual” case because the inspectors and the DPC are already looking into the matter and, so far, have not resolved gaps in the evidence. INM argues that, for example, it still does not know the identity of any “third party wrongdoers” in the case.

INM is already suing Mr Buckley itself over the alleged data hack in entirely separate proceedings. Mr Buckley has continued to deny all allegations against him. He previously told the High Court in another set proceedings, in which he alleged bias against the inspectors that, given he is in his late 70s, “time is of the essence” in that case.