Orchestral manoeuvres get credit for helping 2fm to stem decline 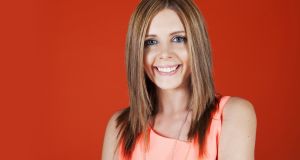 A trio of acclaimed live performances by Jenny Greene and the RTÉ Concert Orchestra helped 2fm add listeners in the final months of 2016, according to the head of the RTÉ station.

Dan Healy said the decline in 2fm’s listenership had been stemmed thanks to an “event-led” period in which the DJ and the orchestra collaborated on a series of gigs, including a slot at the Electric Picnic festival.

“I put it down to Jenny and the Picnic,” Mr Healy said, adding that the orchestral performances of 1990s dance hits had reached 33,000 people and helped boost the station’s brand. Further gigs are in the pipeline.

2fm’s listenership has faltered over the past year and Mr Healy said the latest figures in the Joint National Listenership Research (JNLR) survey were “just a start” for the station.

After a string of poor JNLR updates, Mr Healy said he had “felt like Jürgen Klopp”, referring to the manager of Liverpool football club, which has recently endured a run of of bad results.

He said he had been speaking in the heat of the moment when he described the previous set of industry ratings as “radio carnage” on the day of their release.

The 2fm boss, who oversees radio advertising for RTÉ, expects tough competition from Today FM in the year ahead, as the Communicorp-owned national station has made two big changes to its schedule, giving Dermot Whelan and Dave Moore the mid-morning slot and hiring comedian Al Porter for the lunchtime show.

The station’s other weekday shows saw their audiences stabilise or make minor gains since the last survey, but they remain lower than they were a year ago.

Today FM’s breakfast and mid-morning slots have lost 20,000 and 19,000 listeners over the past year respectively.

The latest figures indicate some positive momentum for the new Newstalk Breakfast show. However, because of the rolling year-long nature of the JNLR survey, it won’t be until next October that a true picture of how the Newstalk schedule introduced last September is performing.

On weekends, some Radio 1 audiences drifted, including both Marian Finucane shows, which have lost 20,000 listeners over the year. However, she still has 308,000 listeners on Sundays and 372,000 on Saturdays, making the latter the third most popular programme on Irish radio behind Morning Ireland and Liveline.

Radio 1’s Saturday afternoon sports programme and Saturday with Claire Byrne were among those to shed listeners, with the former losing 35,000 listeners and Byrne’s audience dropping 23,000 year-on-year.

Tom McGuire, the head of Radio 1, said the station’s summer schedule would once again feature shows commissioned from the independent production sector. In 2016, these included Second Captains Sunday and Pantisocracy.