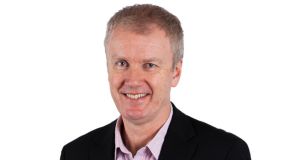 Andy Brown, chief executive and chairman of Kantar, which employs more than 50 people in Ireland across offices in Dublin and Belfast.

Andy Brown, chief executive and chairman of Kantar, said the acquisition reflected the importance of the Irish market to its business.

The company also said the deal, the value of which was not disclosed, would strengthen its media monitoring service and its ability to evaluate “earned media”, the industry term for publicity other than paid advertising.

“Through this deal, Newsaccess places our Irish business in a strong position to continue to grow and expand in this increasingly international market,” said Kevin Fagan, managing director of Kantar Media in Ireland.

Kantar Media is part of the advertising giant WPP, which said WPP companies based in Ireland, including associates, generate revenues of almost $75 million (€70 million) a year and employ more than 500 people.

Newsaccess, which currently employs about 20 people, recorded revenues of about €2.3 million in 2015. The company, which was founded in 2005, uses its PR monitoring and analysis tools on behalf of clients who want to measure press, broadcast and online content, usually to assess the performance of a PR campaign for their brand.

“We’ve experienced strong growth throughout our 12 years, and we look forward to continuing that journey as part of Kantar Media,” said Newsaccess chief executive Stuart McHugh.