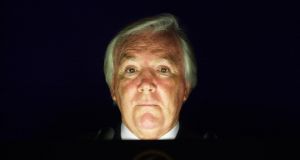 Sir Anthony is seeking to have his bankruptcy case in the Bahamas recognised by US Bankruptcy Court.

After hearing oral arguments Monday, a judge in Pittsburgh has given attorneys in a case involving bankrupt Sir Anthony O’Reilly time to file additional briefs in the matter.

Sir Anthony is seeking to have his bankruptcy case in the Bahamas recognised by US Bankruptcy Court.

The move is a bid by the ex-billionaire to block his former personal nurse, Sabina Vidunas, from restarting her civil case against him that alleges he reneged on a promise to give her tens of millions of dollars worth of stock as compensation.

Ms Vidunas is opposing recognition of the Bahamas case in US courts on grounds that Sir Anthony lives in France, not the Bahamas, among other things.

A decision on his motion to have his Bahamas case recognised in the US isn’t expected for at least 45 days.

Ms Vidunas’ lawsuit, which she filed in Pittsburgh in 2013, has been on hold in recent years pending developments in the bankruptcy case.

Sir Anthony filed for bankruptcy in 2015 after accumulating massive debts through deals including a failed investment in Waterford Wedgwood luxury goods group.