Some titles will go digital only but others will close down 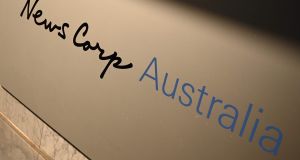 Rupert Murdoch’s News Corp will close or stop printing more than 100 regional and community titles across Australia as it succumbs to the market dominance of digital giants such as Facebook and Google.

Mastheads including the Sunshine Coast Daily will become digital only from June 29th and an unspecified number of jobs will be lost, Michael Miller, executive chairman in Australia, said in a statement. Dozens of smaller titles will close including the Ipswich Advertiser and the Northern Rivers Echo.

Miller blamed the double impact of the coronavirus pandemic and a lack of payments from technology platforms that profit from using News Corp content. The closures continue the decades-long erosion of traditional media as digital platforms gobble up advertising spend.

News Corp’s flagship mastheads including The Courier-Mail and The Daily Telegraph will become more state-focused with more regional content, Miller said. Larger regional titles such as the Hobart Mercury and NT News will still be printed. – Bloomberg