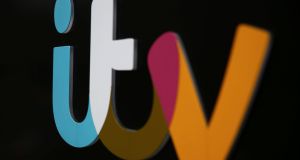 British broadcaster ITV is teaming up with publicly-funded rival the BBC to create “BritBox”, a UK rival to subscription streaming service Netflix.

ITV chief executive Carolyn McCall said on Wednesday the partnership, which is close to being concluded, would bring a new video-on-demand offering to British audiences.

“This will provide an unrivalled collection of British boxsets and original series in one place,” she said. “We anticipate that other partners will be added to BritBox and we will both speak to regulators and the wider industry about our proposals.”

The service, which will launch in the second half of 2019, will be priced competitively, the two companies said, without giving details.

The BBC, which is funded by a licence fee paid by all TV-watching Britons, and ITV are already working together on a streaming service, also called BritBox, in North America.

BBC director general Tony Hall said the new service would deliver home-grown content to the audience that loved it best.

“The service will have everything from old favourites to recent shows and brand new commissions,” he said. He said research had shown viewers embraced streaming and would be willing to add the service to current subscriptions, such as Netflix, Amazon Prime and Sky.

The BBC and ITV already offer a limited range of programmes via free streaming services iPlayer and ITV Hub respectively.

ITV, the broadcaster of soap opera Coronation Street and reality show Love Island, announced the tie-up along with 2018 results, showing adjusted earnings fell 4 per cent to £810 million, slightly ahead of forecasts by Citi analysts. It said it was performing strongly on screen but economic and political uncertainty in Britain would cause advertising revenue for the first four months of 2019 to fall by 3-4 per cent.

Ad revenue for March, the month in which Britain is due to leave the European Union, would be down 17 per cent, ITV said, which is not as bad as the 20 per cent drop some analysts had forecast. April was forecast to be up between 6 and 10 per cent, boosted by the timing of Easter, it added.

ITV shares were down almost 2 per cent in early trading.– Reuters