As tech giants mop up ad revenues, debate about their taxation is getting louder 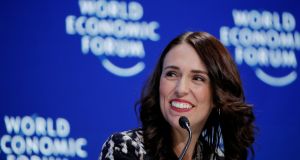 There’s a certain type of pragmatic pessimist in Silicon Valley that loves New Zealand so much they have their eye on bolting there in the event of an apocalypse.

Over-wealthy techpreneurs with doomsday contingency plans are said to have purchased survival bunkers under the Kiwi soil where they can live out their days in subterranean isolation, equipped with glorified first-aid kits and walk-in armouries, as the world burns.

New Zealand’s attitude towards Silicon Valley is a little more grounded in reality. This week, it became the latest country to announce plans to tax revenue earned by tech giants like Google, Facebook and Amazon. The current system, according to prime minister Jacinda Ardern, is “not fair” and “not sustainable”.

This story is familiar. Digital behemoths are making an estimated NZ$2.7 billion (€1.6 billion) from Kiwi consumers but pay very little tax on that business in New Zealand itself. At just shy of €50 million, the upper end of the range of estimates for what could be gleaned from a possible digital sales tax would be modest in the scheme of those companies’ revenues, but make a real difference to public finances.

The UK, where on Monday a parliamentary committee accused Facebook of being “digital gangsters”, is also keener than most on a tech tax, and has floated the idea of a 2 per cent levy on digital sales for companies above a certain size. Australia, too, is mulling a digital sales tax, while India already has an effective tech tax called the equalisation levy, which it will soon be following up with another law targeting companies with a “significant economic presence”.

The EU, for its part, has published a draft plan to impose a 3 per cent tax on the tech giants’ advertising sales.

Ireland, Sweden, Denmark and Finland objected to an earlier plan for a levy on total revenues and the advertising-only compromise might not be enough to get the new proposal over the line.

Even Germany has edged into wait-and-see mode, talking up the merits of doing nothing much until the Organisation for Economic Co-operation and Development (OECD) is set to deliver a report on the issue sometime in 2020.

In the meantime, those industries disrupted by what they regard as a slanted playing field on tax and regulation will continue to object, with their weakest links wilting to financial failure while they wait.

A year is a long time in technology, but right now the companies that would be caught by an online advertising sales tax are still powering ahead, with their recent spate of fourth-quarter earnings updates revealing few immediate causes for concern.

This will give Google a 31.3 per cent share of the worldwide digital ad market

Facebook may have been beset by multiple data privacy, security, online abuse and misinformation scandals, but major revenue wobbles are, so far, conspicuous by their absence. Google’s parent Alphabet Inc has seen a slowdown in the pace at which its ad revenues are growing, but the necessary context here is that they are still expanding by 20 per cent.

Analysts at eMarketer, who stress that Google’s ad slowdown is to be expected because of its well-established gargantuan status, forecast it will collect $102 billion in digital ad revenues in 2019 (with YouTube accounting for about 11 per cent of this figure).

This will give Google a 31.3 per cent share of the worldwide digital ad market, while the share enjoyed by Facebook and its increasingly vital sister brand Instagram is expected to reach 20.5 per cent, or $67 billion.

Both Alphabet and Facebook beat Wall Street’s expectations on revenue and profit in the fourth quarter of 2018. For now, the biggest threat to their ongoing ability to clean up is neither taxation nor regulation, but the fast-strengthening advertising prowess of ecommerce kings Amazon.

Jeff Bezos’s ubiquitous company is on track to earn $9 billion in digital ad revenue this year. Although this would only be a market share of 2.8 per cent, eMarketer forecasts that it will eventually challenge Facebook for the number two spot, taking advertising dollars off both it and Google.

As these giants fight it out among themselves, a second tier of tech companies will share in the digital ad nibbles, leaving scraps for the likes of news publishers. It is little wonder, then, that those media companies with no revenue sources other than digital advertising tend to be either loss-leader services for wider business empires or in painful, layoff-scarred retreat.

What’s that? The sound of silence from Kildare Street? Yes, Ireland remains the grateful outpost of Silicon Valley. Elsewhere, however, the debate about the taxation and regulation of Big Tech has now moved on from whether it should happen to how.

Luckily, the survivalists are unlikely to start digging up the Silicon Docks to install bomb-proof shelters the next time they’re passing through. Thanks to Ireland’s likely exposure to the nuclear blast winds, New Zealand still has the edge when it comes to entrepreneurs’ post-apocalyptic retirements.

Of course, they will have to make it to their private escape jets first.