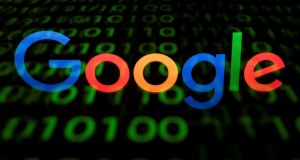 Approval in the European Council paves the way for MEPs to give their blessing to the directive for it to come into force. Photograph: Getty

EU governments have backed a reform of European copyright rules, paving the way for the first update of the directive in nearly 20 years after a fierce lobbying battle between tech giants and the creative industry.

The Netherlands, Italy, Poland, Finland and Luxembourg did not back a compromise text at a meeting of EU28 ambassadors in Brussels on Wednesday, which was endorsed after gaining the support of a qualified majority of governments.

Under the compromise, tech giants such as Google and YouTube will have to take out licences with music labels and news publishers to host their content on their platforms. Internet groups will also have to scan and filter audiovisual content to make sure it doesn’t breach copyright law.

In a statement, the Dutch, Italian, Luxembourgish, Finnish, and Polish governments said the copyright reform was a “step back” for Europe’s attempts to create a digital single market.

“We regret that the directive does not strike the right balance between the protection of right holders and the interests of EU citizens and companies”, said the governments.

“We feel that the Directive lacks legal clarity, will lead to legal uncertainty for many stakeholders concerned and may encroach upon EU citizens’ rights”, added the statement.

Wednesday’s approval in the European Council paves the way for MEPs to give their blessing to the directive for it to come into force. A committee of lawmakers will vote on the text next week and the parliament’s full chamber will also need to back the text in a vote later in March or early April. – Copyright The Financial Times Limited 2019