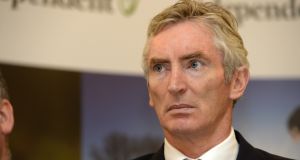 The chief executive of Independent News & Media (INM) has written to several current and former editors at the group, whose computer hard drives were allegedly copied by a cybersecurity expert in 2015 without their knowledge.

Michael Doorly told the journalists affected that the company has contacted the Data Protection Commission (DPC) over the alleged incident, as well as High Court inspectors who are investigating INM over a range of matters.

In the letter, sent this month days after a story revealing the alleged incident was published in the Sunday Business Post, Mr Doorly wrote that “part of the new information provided to the DPC is that the image of the data in question and all related notes were deleted following the searches” of their hard drives.

Mr Doorly apologised to the recipients of his letter for the fact that they found out about the incident for the first time from the Post story, which was published on December 9th.

He wrote that INM had learned of the incident two days prior to the Post story. Mr Doorly said that on December 7th, the company had “received a copy of a letter written to the DPC by a Mr Derek Mizak”.

Mr Mizak is the cybersecurity expert thought to have copied the editors’ hard drives in 2015 as part of an investigation by the company’s then chief executive, Robert Pitt, into the unauthorised leaking to a magazine of an internal INM message to senior staff.

Mr Mizak is believed to have copied the editors’ hard drives overnight without their knowledge, as part of his efforts to ascertain the source of the leak.

Mr Doorly told the editors this month that it is suggested “that the data retrieved by [Mr Mizak] was taken offsite for searching, was searched and was then deleted” by the cybersecurity expert.

INM and Mr Mizak declined to comment on the comments of Mr Doorly’s letter, while Mr Pitt’s representatives did not respond to a request for comment.

1 ‘My rent here is so low it’s a joke’
2 If tourists are such pariahs should we not be testing them on arrival?
3 Can Grafton Street stop the flood of closures?
4 Varadkar and Donohoe to meet banks to discuss mortgage breaks
5 Belgium helps Ireland to a Brexit boon
6 Ashford Castle reopening after $50m makeover by new owner
7 WeWork on track for profits in 2021, says chairman
8 House prices fall 3% in three months, says MyHome.ie
9 FC Barcelona to pursue Nike for compensation over defective shirts
10 New Powerscourt Springs hotel to open in defiance of virus gloom
Real news has value SUBSCRIBE

Varadkar and Donohoe to meet banks to discuss mortgage breaks 19:23
WeWork on track for profits in 2021, says chairman 13:33
Varadkar to meet banks in row over interest on mortgage payment breaks 12:26
If tourists are such pariahs should we not be testing them on arrival? 12:05
AIB to compensate another 1,100 tracker mortgage holders 11 Jul
Search executive
jobs on irishtimes.com