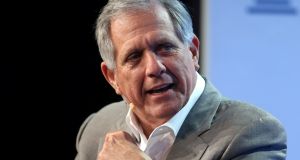 CBS said on Monday it has fired Leslie Moonves for cause and has denied a $120 million (€105 million) severance package as it girds for a potential legal battle with its former chief executive who has been accused of sexual harassment and assault that allegedly took place before and after he joined the company.

The decision to deprive Mr Moonves of his severance follows a board of directors review of the findings of an investigation into his behaviour and the CBS culture conducted by two law firms, Debevoise & Plimpton and Covington & Burling, hired by CBS.

“We have determined that there are grounds to terminate for cause, including his wilful and material misfeasance, violation of company policies and breach of his employment contract, as well as his wilful failure to cooperate fully with the company’s investigation,” CBS’s board of directors said in a statement that did not disclose details of the investigation.

A draft report of the investigation was leaked to the New York Times this month. It accused Mr Moonves of destroying evidence and seeking to mollify accusers with promises of jobs at CBS.

The report also included more accusations that Mr Moonves advanced the careers of women who had sex with him and more accusers beyond the 12 disclosed in two New Yorker investigations that led to Mr Moonves’ forced resignation in September.

Mr Moonves has denied any wrongdoing and has described his sexual encounters as consensual.

“Mr Moonves vehemently denies any non-consensual sexual relations and cooperated extensively and fully with investigators,” his attorney, Andrew Levander, said in a statement adding that the conclusions of the CBS board were “foreordained and are without merit.”

It was not immediately clear if Mr Moonves planned to take legal action against CBS and a spokesman for Levander said there was no further comment.

The CBS board also said investigators found that harassment and retaliation were not pervasive at CBS but found that its policies and practices failed to prevent past incidents.

CBS suspended Charlie Rose, co-anchor of CBS’s morning show and “60 Minutes” in November 2017 after several women accused him of harassment and misconduct and fired him last September. Jeff Fager, “60 Minutes” executive producer, was also fired in September after threatening a CBS News reporter investigating allegations of harassment of colleagues.

Investigators did find that the company failed to hold “high performers” accountable for their conduct, the board said.

The board said it has retained outside advisers to fix its human resources problems.