INM hack longer than suspected, developers cut back on homes

Seen and Heard: State loses nearly $1m on Digicel as value of its bonds at record low 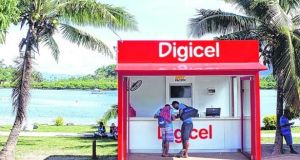 The data hack at Independent News & Media ran for longer than initially reported, according to the Sunday Times Irish edition. It reports that a recent letter sent by Deloitte to the so-called INM 19, whose records were targeted, indicates that data interrogation may have continued up to the end of 2015.The article also says that some individuals did not co-operate with Deloitte’s investigation.

The Sunday Times says Irish software company Fineos is weighing up a €400 million float on the Australian Securities Exchange. It cites local publications who report that the business is looking to raise more than €100 million from the IPO (initial public offering) and has hired Macquarie to oversee the listing.

Uniphar, the Irish pharmaceuticals wholesaler and healthcare services group chaired by Maurice Pratt, has set July 22nd as the date for its IPO with the company looking to raise €150 million from the flotation. The Sunday Times cites Davy analysis indicating the group will be valued at between €368 million and €474 million.

Digicel bonds have fallen to a record low of less than 20 cents on the dollar, according to the newspaper. A separate report in the Sunday Business Post suggest that the State has lost nearly $1 million from its investment in bonds in the Denis O’Brien-controlled company, which it acquired two years ago through the Irish Strategic Investment Fund.

The Sunday Business Post says fraudsters from other countries are coming to the Republic to take advantage of high personal injury awards. According to the report, Aviva Ireland alone has dealt with 50 cases of suspected insurance fraud involving people travelling from Britain over the last three years.

The winning bidder for the National Broadband Plan will not be confined to the 540,000 premises covered by the scheme, the Sunday Business Post reports. It says the winner will be able to compete with other operators across the whole country. National Broadband Ireland, which is owned by US telecoms magnate David McCourt, was recently selected as preferred bidder for the plan.

Revenue has recouped an additional €1.5 billion in a clampdown targeting retailers and builders, according to the Sunday Business Post. It conducted more than 16,200 audits over the last three years with construction companies alone coughing up nearly €80 million.

Developers are starting to cut back on homebuilding as supply starts to meet demand, reports the Sunday Independent. It cites comments from Savills research director John McCartney who forecasts a decline in property prices, which he says is not due to the Central Bank of Ireland’s macro-prudential rules.

More than 110 credit unions are providing mortgages, up from just 40 in March 2016 with many also expected to start offering debit cards, according to the same paper. The value of home loans stood at €171 million as of September 2018, a rise of 50 per cent on the previous year.

On the same topic, the newspaper cites Davy analysis claiming that mortgage lending is rebounding on the back of an extension of the Brexit deadline to October.