Alcohol minimum pricing rules to be fast-tracked by Cabinet 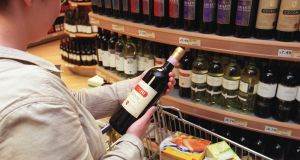 The Government is set to fast-track new laws to clamp down on cheap alcohol sales in off-licences and supermarkets, with the Cabinet expected to approve plans within the next two weeks. The Sunday Independent also reports that controversial minimum unit pricing rules for wine, beer, and spirits will come into effect within 12 months, meaning this is the last summer consumers will be able to avail of bargain-basement alcohol.

The paper reports that Minister for Health Simon Harris will bring a memorandum to the Cabinet before the summer recess that will set out plans to introduce bans on below-price selling of alcohol by the middle of next year. Under the new laws, a 75cl bottle of white wine costing €5.99 will increase by €1.11 while 70cl of Tesco vodka, currently costing €12.99, will see an increase of €7.72, making it €20.71.

Four bidders for Green Reit buyout
The sale of Green Reit, the €1.3 billion-valued commercial property group, has been narrowed to four bidders, with interest from both Irish and international groups, according to a report in the Sunday Times. Irish Life and the US property investment group Kennedy Wilson remain in the running for Green Reit, which put itself up for sale in April, citing a persistent gap between its share price and the value of its property portfolio.

The other parties linked to bidding for Green Reit include Canadian investment group Brookfield, which has wind farm and telecoms interests in Ireland. German funds, including Union Investment, part of the DZ Bank group, are believed to be interested in the property group.

Secret trusts registry initiative delayed over PPS numbers issue
According to the Sunday Business Post, a flagship transparency initiative to find out who is behind secretive trusts and other company structures has been thrown into doubt at the last minute. The long-awaited Registry of Beneficial Ownership was due to go live last weekend but has been delayed until the end of the year because of the difficulty in proving the identity of foreign nationals. It has emerged that the entire project has been delayed because of foreign nationals who are shareholders or owners of trusts and may not be able to provide PPS numbers, which is a requirement for entry on the register.

Ireland ‘cannot stop’ damaging EU beef deal
Ireland will be unable to veto a new EU trade deal with South America, which will lead to 99,000 tonnes of beef coming into the European market and the Irish Farmers’ Association has described as “reckless and wrong”, according to a report in the Sunday Times.

Facing demands to veto the deal with Mercosur, a South American trade bloc comprising Argentina, Brazil, Paraguay and Uruguay, an Irish Government official admitted that “in all likelihood” a veto will not be legally possible. “We may not be in a position to play that card,” he said. The deal next goes before the EU trade council, where there is qualified majority voting and Ireland has only a 1-2 per cent say, the paper reports.

Virgin Media’s news slot gets big Love Island boost
Virgin Media Television’s late news slot has enjoyed a large bump in ratings thanks to the “Love Island effect”. The station’s 10pm news slot, which is aired after the reality dating show, recorded its highest average viewership of 111,000 last Thursday, according to figures produced by TAM-Nielsen.