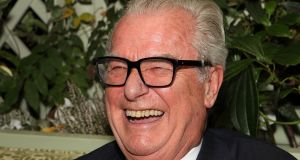 Tim Bell, PR man and adviser to Margaret Thatcher, has died at the age of 77.

Tim Bell, the former communications adviser to Margaret Thatcher who went on to play a leading if often controversial role in the UK public relations industry, has died.

Lord Bell died peacefully at home on Sunday surrounded by his family following a short illness, according to a statement from the Bell family. He was 77.

“Tim was a pioneer in political communication, essential to the success of the Conservative Party, particularly during the Margaret Thatcher era; most famously helping her to win three general elections,” the statement said.

Lord Bell was best known for his work with the Conservative party under Margaret Thatcher, including for the poster that showed a long line for the unemployment office with the slogan “Labour Isn’t Working” during the 1979 general election campaign.

“She used to call me ‘the man on the Clapham omnibus’. She used to think I was in touch with ordinary folk, God knows why,” Lord Bell said of his relationship with Mrs Thatcher in 2014.

“Known as a loyal Conservative, Lord Bell was also a devoted father and husband. He loved his children, Daisy and Harry, and his wife, ‘Jack’, and considered them to be his greatest achievements,” the family statement said.

The adman went on to become one of the UK public relation industry’s most influential figures, and co-founded and chaired Bell Pottinger.

Asked whether he had ever said no to a prospective client, he said: “I said no to Mugabe, I said no to the Labour party, I said no to six of the Russians that were being sanctioned [by the EU]. I only take on clients I think I can do a job for,” he says.

Michael Moszynski, chief executive of London Advertising, who was a former colleague and friend of Lord Bell, said he had “virtually single-handedly” established the modern PR industry.

“It may surprise some to learn that Tim was continuing to work right up until his death and was instrumental in the campaign to get Boris Johnson elected as Conservative leader. Even though by this summer Tim was very ill physically, his mind was still razor sharp,” Mr Moszynski said.

Bell Pottinger eventually imploded in 2017, after Lord Bell had left the firm to start a new outfit, suffering financial collapse in the wake of reports that found it had stoked racial tensions in South Africa.

The PR company was expelled from the Public Relations and Communications Association, although its international entities outside the UK continued to operate. – Copyright The Financial Times Limited 2019

1 Irish people like nothing more than being bribed with their own money
2 Ministers ditch Davos for electorate’s doorsteps
3 Climate apathy in Northern Ireland could impact on the Republic
4 Hogan warns Britain on US trade deal as EU set to impose tariffs
5 EU considers five-year ban on facial recognition tech in public areas
6 Allegations of keeping Nama in the dark ‘blackmail’, O’Flynn says
7 Barclays to cut 100 senior roles as lender seeks to rein in costs
8 The Irish economy is thriving but if you’re not feeling it – here’s why
9 Fast-growing frozen food group has a strong appetite for success
10 Business leaders see better public services as key election issue
Real news has value SUBSCRIBE