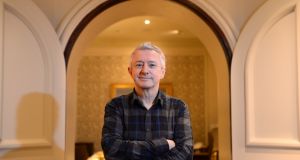 The year under review coincided with Walsh leaving the X-Factor television programme after 13 years as a judge on the ITV talent show.

However, Walsh recently confirmed that he would be returning to the next series which is due on our screens in 2020.

1 Basic income for all: Has the Covid crisis given us a new economic model?
2 Only way is up for Stripe as valuation skyrockets
3 Irish woman appointed deputy president of accounting body ACCA
4 Pandemic brings a halt to Zara-owner’s Irish expansion
5 ‘I don’t need to do any of this. . .I don’t actually need to work.’
6 AIB revives €1bn-plus problem mortgages sale
7 Migration has been a brain gain for Ireland in recent decades
8 Former denim plant in Longford with extensive lands is guiding €800,000
9 My aunt never told us that Gran passed away with no will
10 Central Bank rules out changes to mortgage rules during pandemic
Real news has value SUBSCRIBE