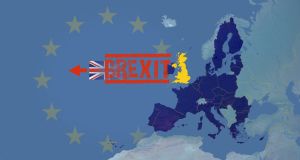 ITV said net advertising revenues are set to be down by around 6 per cent overall for the first four months of 2017 because of ongoing “economic uncertainty” as the UK prepares for Brexit negotiations.

Advertising sales fell around 5 per cent in January, 7 per cent in February and are expected to plunge by 15 per cent in March before recovering in April, with ITV forecasting a 5 per cent recovery.

Chief executive Adam Crozier said the group performed better than a depressed wider television advertising market and would outperform again in 2017 as a whole.

He said: “ITV delivered a good performance in 2016 as we continue our strategy of rebalancing and strengthening the business creatively, commercially and financially.

“The continued growth in revenue and adjusted profit, despite a 3 per cent decline in spot advertising revenues resulting from wider political and economic uncertainty, is clear evidence that our strategy is working and remains the right one for ITV.”

Results showed that on a bottom-line basis, pre-tax profits fell 14 per cent to £553 million, due largely to costs of closing its final salary pension scheme and a previously announcing restructuring effort to deliver annual savings of £25 million.