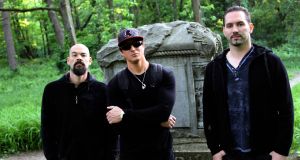 ‘Ghost Adventures’, one of the paranormal-themed shows on UKTV channel Really, which is now available to Irish advertisers through Sky.

UKTV-owned channels Drama and Really will take the number of channels for which Sky sells advertising in Ireland to 35.

Drama shows classic and modern dramas from the 1995 series of Pride and Prejudice to earlier series of still-running UK dramas such as Call the Midwife and Silent Witness, as well as imports like Mercy Street and the Brokenwood Mysteries.

Really concentrates on documentaries, crime stories, lifestyle programming and paranormal-themed shows such as Most Haunted and Ghost Adventures.

“We are pleased to be able to offer Irish advertisers even more opportunities to reach their target audiences and campaign objectives,” said UKTV director of advertising Sarah Goldman.

Sky is planning to launch its “addressable advertising” platform Sky AdSmart in this market later in 2017.

Addressable advertising technology, a version of which is also being developed by rival Virgin Media, will allow television advertisers to target particular viewers based on their location and demographic data.

Sky Media sells advertising for both the Sky stable of channels and media partners such as UKTV, Discovery Communications and Viacom, which owns the MTV, Comedy Central and Nickelodeon brands.

Although many of the channels it represents have small or very small viewing shares in Ireland, the sales house has been able to use its scale and pricing strategy to win more than 20 per cent of an Irish television advertising market that is forecast to reach €243 million this year.

Opt-out channels do not currently need an Irish broadcasting licence to sell advertising here, although as most are based in the UK, this might change after the UK leaves the European Union.

The Government is also pushing for a change to the European Commission’s audiovisual media services directive (AVMSD) that would allow the Department of Communications to put a levy on UK broadcasters that take a significant share of the Irish television advertising market.