UPS and FedEx down as Amazon tests own delivery service 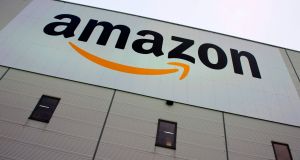 Amazon is planning to launch its own delivery service to take on established players such as UPS and FedEx. Photograph: John MacDougall/AFP/Getty Images

Shares of United Parcel Service Inc and FedEx Corp fell on Thursday after a report that Amazon. com Inc was testing its own delivery service, potentially encroaching on the territory of the package-delivery companies.

Amazon will oversee pick-up of packages from warehouses of third-party merchants selling goods on its website and their delivery to customers’ homes – a function often handled by longtime partners UPS and FedEx, according to sources.

UPS’s shares fell as much as 2 per cent while those of FedEx dropped 1.6 per cent.

Amazon said it was using the same carrier partners to offer the programme that it has used for years, including UPS and FedEx.