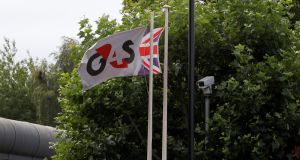 British contractor G4S fell more than 1 per cent after the British government took over the running of a prison after an inspection found it had fallen into a “state of crisis”.

Hopes that the US and China might find a compromise to resolve their trade dispute lifted European shares on Monday, while Turkey’s currency crisis showed no immediate sign of worsening.

US stocks and Treasuries also rose in thin trading as traders also awaited clues from a meeting of central bankers later this week.

The Iseq eased upwards by just under 0.5 per cent on modest trading volumes.

Kenmare Resources, a minerals explorer with operations in Africa, was the star performer on the Iseq on Monday. It finished ahead by 6.3 per cent to close at €2.54, after solid first-half results. Its performance was bolstered by a vow from management that the company will deliver major production growth.

Paddy Power Betfair, which is also listed in London, also performed strongly, finishing the session up almost 3 per cent to close at €79.60 per share. The share price move was mainly driven by its own market activity related to the bookmaker group’s share buyback programme.

The easing global trade war concerns helped Tullow Oil to rise by 2.3 per cent to €2.45.

The FTSE 100 started to bounce back as investors held out hope for US-China trade talks. The UK’s blue chip index ended the day up 0.4 per cent.

British contractor G4S fell more than 1 per cent after the British government took over the running of a prison after an inspection found it had fallen into a “state of crisis”.

Countrywide fell 0.12p to 14.48p. The struggling estate agent said it was shelving plans that could have seen senior bosses pocket millions after meeting top investors. The group, which is tapping investors for an emergency £140 million in funding, had planned to pay out as much as £20 million to a trio of executives as part of changes to its remuneration policy.

Mulberry shares sunk nearly 30 per cent or 169p to 400p as it warned profits could take a £3 million hit following the collapse of department store chain House of Fraser. The company said it was suffering from flagging UK sales, including at troubled House of Fraser where it operates 21 concessions.

The French Cac 40 and German Dax ended the day up 0.6 per cent and 1 per cent respectively.

Amid the “risk-on” environment, basic materials and miners were among the best-performing sectors, up 0.9 per cent. Among stocks that fared best were ArcelorMittal, up 2.5 per cent at the top of Paris’ Cac 40 index

Italian infrastructure group Atlantia fell 4.7 per cent as speculation continued over whether the government would revoke toll highway concessions held by its Autostrade per l’Italia business after last week’s collapse of a Genoa bridge that it operated.

Heading into the afternoon, the S&P 500 Index had advanced for a third day, led by companies in the consumer-discretionary sector.

A gauge of semiconductor shares fell to the lowest in seven weeks, helping to hold down the Nasdaq 100 Index.

Nine of the 11 major S&P sectors were higher, led by the energy index’s 0.66 per cent gain. Nike rose as much as 2.8 per cent to a record high after two brokerages raised their ratings on the stock.

News Corp shares fell 4.2 per cent at one stage in the morning, the most among the S&P 500 components, after Morgan Stanley downgraded shares of the Wall Street Journal owner. – Additional reporting: Bloomberg/Reuters/PA

1 ‘The only time apartments were viable was in . . . Ballsbridge, Killiney and Dalkey’
2 Corona beer firm reeling after 8% slide due to coronavirus
3 Covid-19: Aer Lingus parent cuts capacity, unable to provide guidance
4 Life as a Facebook moderator: ‘People are awful. This is what my job has taught me’
5 We have little chance of building enough homes to meet election promises
6 Why Irish banks are now looking beyond vulture funds on problem loans
7 Coronavirus: Wall Street joins global sell-off in worst week since 2008 crisis
8 Suspicions rife as key Brexit trade talks begin in Brussels
9 Has CRH done enough to silence pesky Swedish activists?
10 Pharma giant AbbVie warned Government against ‘unfair’ €572m tax bill
Real news has value SUBSCRIBE