Markets must be kept open despite Covid-19, European regulators urge 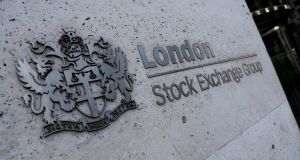 Short-sellers cannot be blamed for the rout in stocks and markets should be kept open during the coronavirus epidemic, regulators in Europe said on Monday.

Europe’s STOXX 600 index has fallen to around a seven-year low as investors price a likely recession into markets after the virus shut down swathes of the economy.

A handful of European Union states have introduced temporary curbs on short-sellers in a bid to quell volatility, fanning talk of a suspension across the market as the next step.

But shares have continued falling since the curbs were introduced and Britain’s Financial Conduct Authority (FCA) said on Monday that, like the United States and most EU countries, it has not introduced such a ban and saw no reason to.

“Aggregate net short-selling activity reported to FCA is low as a percentage of total market activity and has decreased in recent days,” the FCA said in a statement.

“It will continue to fluctuate, but there is no evidence that short-selling has been the driver of recent market falls,” the FCA added.

Short-selling is also a “critical underpinning” for liquidity in markets, it said.

Its EU counterpart, the European Securities and Markets Authority (ESMA), has so far stopped short of backing a pan-EU short-selling ban, and said on Monday that markets should stay open for business.

“Open markets allow the process of adjusting prices to new information to continue, and they provide liquidity to the benefit of investors by allowing them to rebalance portfolios and meet contractual obligations,” said ESMA chair Steven Maijoor.

He was responding to a group of financial industry trade bodies in Europe and the United States that had called on central banks, governments and regulators, including ESMA, in letters on Friday, to keep markets open.

Market participants fear that if lockdowns become more stringent, staff at clearing houses and other market infrastructure operators could not get to work to keep markets running smoothly.

Britain, home to LCH, one of the world’s biggest clearing houses, has already indicated that market infrastructure staff are “key workers” for the economy during the epidemic. The United States has taken similar steps.

Deutsche Boerse, which operates Eurex Clearing, said it was not facing any restrictions on its staff or any issues with how fast it can execute trades. The London Stock Exchange said it and its LCH unit continued to operate as normal. – Reuters