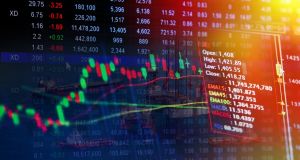 Davy, Ireland’s largest stockbroking firm, has hired Cathal Sheridan as chief operating officer. Mr Sheridan joins the company from Paddy Power Betfair, where he has served as technology director for infrastructure for the last two years.

He first joined the bookmaker as head of e-commerce technology in 2011 and counts Aramex and NewSymphony Technologies among his previous employers. It is understood that Mr Sheridan will take up his new role at Davy in November.

The J&E Davy Group, founded in 1926, revolves around two main operating divisions, its wealth and asset management division and capital markets, and employs more than 700 people. The broker accounted for 44 per cent of all dealings in Irish equities on the Irish Stock Exchange in 2017.

Total equity attributable to owners amounts to €143 million as of the end of last year, according to a summary financial statement on its website, while retained earnings and other reserves stood at €107 million. – Additional reporting: Bloomberg