Airline repurchased about €4.26m worth of shares on bank holiday Monday 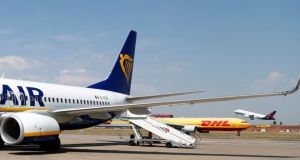 The scheme, which is led by brokers Citigroup and Davy, is due to end on November 9th.

Elsewhere, Paddy Power Betfair bought back 18,899 of its own shares through its broker Goldman Sachs.

The purchases form part of the company’s £500 million share buyback programme, which was announced in late May.

The maximum number of ordinary shares to be repurchased under the programme is expected to reach 12,692,692.

The betting company, in total, paid about £5 million in the UK and €1.16 million in Ireland for the ordinary shares.