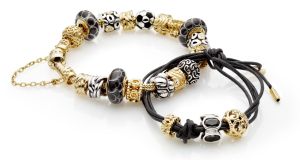 European shares rose on Tuesday and made their way back to positive territory for 2018 as investors cheered UniCredit results, oil prices boosted energy groups and a positive open on Wall Street lifted sentiment.

In the US, the S&P 500 index hovered near record levels, lifted by gains in bank and technology shares, with a strong second-quarter earnings season fuelling optimism about the strength in the US economy.

The Iseq remained relatively flat on thin trading volumes and a dearth of newsflow on Irish companies following the August bank holiday weekend.

Allied Irish Bank was among the strongest Irish performers on the day, finishing the session up 2.4 per cent to close at €5.05. It benefitted from positive sentiment towards European banks following Unicredit’s results. Bank of Ireland stayed virtually flat, at €7.53.

Aryzta, the Swiss-Irish food group, continued a downward slide, falling 2 per cent to €9.60 on analyst concerns regarding its debt levels.

Dalata, the State’s largest hotel company, fell 1 per cent to close at €2.46 per share amid concerns that it would be badly affected by any Government move to increase the VAT rate on hotels, which is expected to form part of October’s budget.

The FTSE 100 was lifted thanks to planned shareholder payouts by Standard Life Aberdeen and a lack of bad news on the political stage which increased appetite for stocks.

Standard Life Aberdeen closed higher by nearly 5 per cent, rising 14.7p to 321.3p despite a drop in pre-tax profits. But investors cheered its 7.3p interim dividend as well as the acceleration of a share buyback programme worth up to £1.75 billion.

Energy stocks, up 1.6 per cent, also contributed to lift the broader index with majors Royal Dutch Shell and Total up 1.4 per cent and 1.8 per cent respectively. Oil prices are on the rise after US sanctions on Iranian goods went into effect, intensifying concerns that sanctions on Iranian oil, expected in November, could cause supply shortages.

Shares in pizza firm Domino’s tumbled 30.8p to 287.2p, having been hit in part by labour costs at its Norwegian business. It said profit before tax fell 9.7 per cent over the 26 weeks ended July 1st to £41.7 million.

Commerzbank shares fell 1.5 per cent to the bottom of Germany’s DAX, however, as investors reacted badly to a weaker-than-expected capital buffer, and its forecast of higher costs for its full year of 2018.

Earnings publications also triggered sharp moves during the session. The biggest disappointment came from Danish jewellery maker Pandora, which sank 24.2 per cent to a four-year low after cutting its sales and profit margin guidance for this year and announcing nearly 400 job cuts.

Europe’s biggest pure online fashion retailer Zalando fell 5.6 per cent after it trimmed its sales and profit outlook for the year, following results that missed expectations.

A sharp rally in tech stocks has already helped the Nasdaq recover much faster than the broader markets, hitting a record high late last month. The index was up 0.39 per cent at 7,890.03.

On the technology front, Google-parent Alphabet rose 2.1 per cent and Microsoft 0.7 per cent, driving a 0.44 per cent gain in the sector.

The financial sector rose 0.91 per cent and boosted the benchmark index as higher yields on the 10-year US treasury note buoyed bank stocks. JPMorgan rose 0.4 per cent and Bank of America 0.2 per cent.

Tesla’s shares jumped 5.4 per cent after Elon Musk in a tweet said that he is considering taking the company private. Broadridge Financial rose 10.8 per cent and Mosaic 6.9 per cent after reporting quarterly results, making them the biggest gainers on the S&P. Walt Disney rose 1 per cent ahead of its results after markets close.