Borse operator to incorporate new entities outside the UK 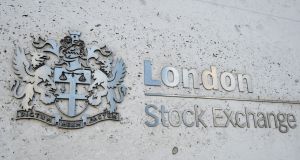 London Stock Exchange Group said on Thursday it was activating contingency plans in case the UK crashes out of the EU next March without a transition deal.

The LSE said the plans included the incorporation of new entities in the EU, and applications for authorisation within the other 27 countries of the EU for certain businesses.

“The complexity and the lack of clarity of the application of a hard Brexit may decrease the effectiveness or applicability of some of these contingency plans,” the bourse operator said in a statement.

The LSE also said the effects of a hard Brexit could “adversely affect” its business, results of operations, financial condition and cash flows. The firm said last month that it had applied for several trading and trade reporting licences in Amsterdam for its pan-EU share trading platform Turquoise. The LSE, however, did not say whether it was taking any steps to combat moves by rival Deutsche Boerse to eat into its euro-clearing business.

Goldman Sachs veteran David Schwimmer started his new job as LSE chief executive this month, with an initial task of helping the 300-year-old institution to navigate Brexit. “My immediate priority in the coming weeks is to meet with colleagues, customers, shareholders and other key stakeholders,” Mr Schwimmer said.

The LSE’s total income rose 12 per cent to £1.06 billion in the six months ended June, higher than an estimate of £1.05 billion. – Reuters

‘Ireland is a great country, but we can’t help ourselves being nasty to people sometimes’ 20:26
European shares dip after taking lead from Wall Street 18:17
Why do we turn a blind eye to gig economy injustices? 18:06
New project will tackle forestry licence backlog 18:03
Moneylenders should be banned from using social media profile data, says Sinn Féin MEP 16:58