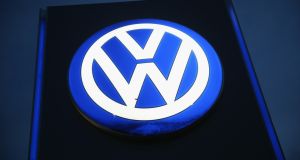 Volkswagen is burning through approximately €2 billion in cash per week, the world’s largest carmaker revealed, as factory closures across Europe and the Americas push the auto industry towards the worst recession in decades.

Manufacturers and suppliers around the globe are scrambling for extra credit, with Fiat Chrysler securing an extra €3.5 billion, while VW, which is one of Europe’s largest employers, urged the European Central Bank to buy short-term commercial debt to help it weather the coronavirus pandemic.

The German group has already put almost a third of its 300,000 workers in the country on reduced hours, relying on the government in Berlin to plug the gap.

France’s Renault, which has seen sales almost grind to a halt, has raised the prospect of applying for state-backed loans, although chairman Jean-Dominique Senard dismissed the idea of nationalisation.

“We are reducing our expenses where possible, we are delaying non-critical projects and we can survive a few weeks or months, but not indefinitely,” Herbert Diess, VW’s chief executive, told the German TV channel, ZDF.

“We’re have no sales, we have no revenue, outside of China,” he added, “while we also have to pay out for fixed costs.”

Mr Diess’s warning comes as Moody’s predicted a 14 per cent decline in global auto sales in 2020, more than five times the drop it had initially projected as the effects of the spread of Covid-19 became apparent in February.

The forecast paints a considerably worse picture than even the 2008 financial crisis, which led to an approximately 8 per cent decline in the car market over two years.

The rating agency also put 14 key European auto parts makers under review for downgrade on Thursday, including Germany’s Schaeffler and France’s Valeo, due to what it described as “a severe and extensive credit shock”, further complicating many manufacturers’ plans to resume production in April.

Daimler, which has put the majority of its 170,000 staff in Germany on reduced hours, is also seeking €10 billion in extra credit from banks, according to Bloomberg. The company refused to comment. –Copyright The Financial Times Limited 2020