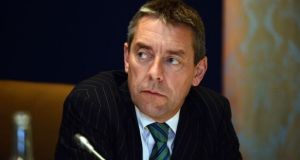 Irish distribution group DCC has made its third US healthcare acquisition, acquiring Amerilab in an $85 million (€78.4 million) deal.

Amerilabs is a Minnesota-headquartered company specialises in the manufacture of effervescent nutritional products in powder and tablet formats, which are packed in stickpacks, sachets and tubes. Its service offering includes product development, formulation, manufacturing, packaging and regulatory services.

The company, which employs 125 people and has revenues of approximately $68 million (€63 million), will continue to be led by the same management team.

DCC is acquiring the company based on an enterprise value of approximately $85 million (€78 million) and the business is expected to generate returns consistent with the existing Health & Beauty business within two years.

The majority of the consideration was paid in cash on completion from DCC’s extensive resources, with the balance representing contingent and earn-out related consideration, the group said.

The US now accounts for about 18 per cent of DCC Group’s capital employed, according to analyst Davy, which the company is in a good position to drive future organic and acquisitive growth across all of its divisions.

“The acquisition of Amerilab significantly enhances our existing presence in the US market. Amerilab will work closely with Ion, Elite One Source and the businesses in Europe to cross-sell the full breadth of DCC Health & Beauty Solutions’ comprehensive service offering,” said chief executive Donal Murphy.

DCC said it expects to end its current financial year, which covers the 12 months to the end of March 2020, with “a very modest” level of net debt, cash resources in excess of £1.5 billion (€1.6 billion), a long-term debt profile with an average term of approximately six years, and committed debt facilities of £400 million (€435 million).