Auto parts maker to lay off over 1,000 workers in Cork and Limerick 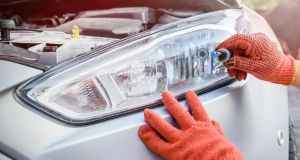 Kostal, which was set up by Leopold Kostal in 1912, is a leading supplier of automotive electrical systems with turnover of €2.6 billion in 2018 and operations at 46 locations in 21 countries employing some 20,000 people.

One of Munster’s largest employers, German automotive electrical systems manufacturer, Kostal is to suspend production at its Cork and Limerick plants employing over 1,000 because of the Covid-19 crisis.

Staff at Kostal Ireland’s operations at Mallow in north Cork and Abbeyfeale in west Limerick received an email last Friday informing them that they were to be laid off as both plants were ceasing production for the foreseeable future because of Covid-19.

It’s believed the decision to temporarily close the Irish plants stems from the fact that car manufacturers across Europe are suspending car manufacturing as many states embark on full scale lockdowns to curb the spread of Covid-19.

Kostal, which was set up by Leopold Kostal in 1912, is a leading supplier of automotive electrical systems with turnover of €2.6 billion in 2018 and operations at 46 locations in 21 countries employing some 20,000 people.

The company, which is headquartered at Ludenscheid in North Rhine-Westphalia, opened its first Irish plant in Abbeyfeale in 1981 and 20 years later opened a second operation at Baltydaniel just outside Mallow.

Among its customers for its automotive electrical systems are some of the world’s best known car manufacturers such as Mercedes Benz, BMW, Volkswagen, General Motors, Ford, Volvo, Nissan and Toyota.