Online car buying is up, and AA is offering free help for the elderly and health workers 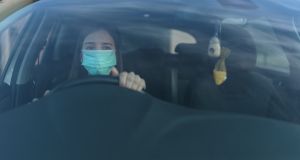 Some motoring life must continue, as people still need to work, and those working in vital services and industries still need to be able to get about. Photograph: iStock

The motoring world seems suddenly microscopic compared to the vast scale of the Covid-19 crisis. Still, some motoring life must continue, both here in Ireland and abroad, as people still need to work, and those working in vital services and industries still need to be able to get about.

For the most part, those car dealers that are remaining open (and some have decided to shut up shop entirely for now) the focus is on servicing and parts provision, especially for those that need it most.

“On the showroom side of things, a lot of places have closed up already,” Brian Cooke, the director general of the Society of the Irish Motor Industry (SIMI) told The Irish Times. “I would think that you will start to see that happen more quickly now. Most of the members are telling us that it’s down more to concerns about their own staff, more than anything else. The service side of things is more likely to stay open, as we need to keep those people who are vital on the road and moving. But you are going to see widespread closures in the coming weeks, and you are going to see more temporary redundancies.”

Some in the UK, such as the website BuyaCar, have seen a surge in people shopping for cars online. Andy Oldham, BuyaCar’s chief executive, said: “The ability to buy cars from the comfort of your home and have them delivered has never been as valuable as it is today. We have already arranged contactless handovers to vulnerable customers who don’t want to risk meeting a delivery driver, in response to enquiries from people with pre-existing medical conditions.” No such schemes have yet been announced for Ireland, however.

As of right now, both the NCT test for cars and the CVRT test for commercial vehicles are still operating, albeit at a reduced capacity (customers are asked to remain in their cars while waiting, to ensure that their cabin fans are switched off and vents closed, that the interior is free of any old tissues, and that they pay by card if possible to avoid handling physical cash). The NCT was already operating at lower capacity because of problems with vehicle lifts.

Driving tests have been temporarily suspended by the Road Safety Authority (RSA) while driver licence renewals at the National Driver Licence Service (NDLS) offices is by appointment only. Driver theory test centres remain open for now, though. The RSA has also relaxed the rules on how long haulage drivers can stay behind the wheel, lifting the fortnightly limit from 90 hours to 112 hours, to help keep supply chains running.

The AA is running a free roadside recovery service for healthcare workers and the elderly, whether they are members or not. Call the dedicated phone line on 01-6179059.

Traffic wardens and parking enforcement systems are still at work, so you will have to continue to pay for any parking that you do need. Dublin City Council was forced to instruct Dublin Street Parking Services, the enforcement contractor, to be more careful when clamping cars parked near hospitals and medical centres, after some HSE staff posted on social media that they had been clamped while working long shifts.

In a statement, the council said: “Normal clamping and enforcement activities are still ongoing and will remain in place to ensure that motorists continue to park legally and that vehicles obstructing entrances, disabled bays etc can be removed. In the circumstances we would urge all other drivers not to park in the vicinity of medical facilities and to leave these spaces free for medical professionals.”

Galway City Council also confirmed that its parking enforcement system remains active, and that car parks are still open for use. While Galway council confirmed that it will be trying to disinfect pay and display machines “as far as is practicable”, Dublin City Council said that it has no plans to do so, and that motorists should try to use the phone-based on-street parking app instead. At the time of writing, Cork City Council had not responded to queries about parking enforcement.

Q-Park did confirm to The Irish Times that its car parks are remaining open, though. “Our intention is to remain open but we will clearly comply with any government legislation. We already operate clean and safe parking facilities but we have focused more attention on the cleaning in the pedestrian areas. We also offer customers the opportunity to pay at the exit at the majority of the car parks so customers don’t need to visit a payment machine,” James Denton, Q-Park’s head of sales and marketing, told The Irish Times.

Around the world, the motor industry is seeing a major slowdown. Motoring has come to a virtual standstill in Italy and Spain as major lockdowns are imposed on any unnecessary movement outside the home. Car factories are also shutting up shop, with Ford, General Motors and Chrysler in the US now joining most European car makers in closing production lines for a minimum of two weeks. That is as much to do with plummeting demand as it is to do with social isolation. Only Tesla is still a hold-out, keeping its factory in California working at minimum capacity in spite of demands from state and county officials for a total shutdown.

On a happier note, car factories in China are now starting to get back to work as the worst of the virus starts to lift in that region. Volkswagen has reported that all but two of its factories there are back up and running, while Honda’s plant in virus-battered Wuhan is now working again after a prolonged shutdown, albeit not back to full capacity yet.

Possibly the most unexpected beneficiary of the virus shutdown is the drive-in cinema. According to the Los Angeles Times, the Paramount Drive-in, in the Lakewood area of Los Angeles, is seeing double its usual business. Meanwhile, here at home, Retro Drive-In Movies is operating a schedule at Leopardstown and Fairyhouse racecourses in Dublin, and has modified its layout and its payment and queuing procedures to ensure adequate social distancing separation between cars and customers.