Tesla to begin delivery of cars built in China from Monday 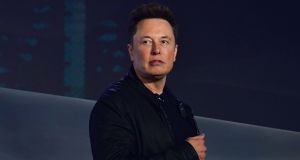 Tesla will start delivering China-built cars on Monday, a major milestone for Elon Musk’s company as it mounts a push to expand in the world’s largest electric-vehicle market.

The first 15 units of Model 3 saloons assembled at Tesla’s new multi-billion-dollar Shanghai plant – its first outside the US – will be delivered to company employees on December 30th, an external representative for Tesla said by phone on Friday.

Chief executive officer Mr Musk is counting on Tesla’s new China plant to help build on recent momentum for the company in the world’s largest market both for EVs and autos in general.

The Model 3 will compete with electric cars from local contenders such as NIO and Xpeng Motors, as well as global manufacturers including BMW and Daimler.

Earlier today, the Model 3 was included on a list of models qualifying for an exemption from a 10 per cent purchase tax in the country. Tesla said in October the locally built Model 3 will be priced from about $50,000 (€44,750).

Further helping Tesla, the China-built model this month qualified for a government subsidy of as much as about 25,000 yuan (€3,200) per vehicle.

The company may lower the price of the locally assembled saloons by 20 per cent or more next year as it starts using more local components and reduces costs, people familiar with the matter have said. – Bloomberg