The best business books of 2017 and the ones to avoid 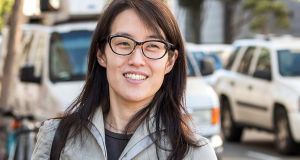 Ellen Pao, author of Reset: My Fight for Inclusion and Lasting Change. Her book gives a ground-breaking account of discrimination against women and other minority groups in the tech world. Photograph: Bloomberg

Business books get a bad rap and with good justification in many cases. Too many are churned out and original thinking is a rare commodity.

They form part of a growing ideas industry, the subject of an interesting recent book as it happens that debunks the value of the so-called “thought leadership” gurus of our age.

The Ideas Industry: How Pessimists, Partisans and Plutocrats Are Transforming the Marketplace of Ideas, by Daniel Drezner, notes the rise of a band of charlatans who command vast fees on the conference circuit, peddling dubious ideas and gaining rock-star status.

Many of these thought leaders now see themselves as “brands” and they therefore need to keep recycling thin ideas. Though he may not see himself as a thought leader, another who has fallen into this trap is Richard Branson. This year saw the publication of yet another self-penned volume, Finding My Virginity.

The premise for the book is flawed. His 1998 biography Losing My Virginity is a decent example in the rags-to-riches genre. That narrative around how the self-made Branson became mega rich is an interesting read. He asserts in this new book that it needs updating as a lot has happened since. That may be true but little of the new material is compelling and he has published several volumes since his first in any case so the scope for fresh insights is limited.

What we get here is a padded-out volume with a lot of home-spun philosophy, name dropping and self-importance.

The lack of a compelling idea or a strong narrative is a common pitfall in business books. An author who can’t be accused of that is Ellen Pao. Her book Reset: My Fight for Inclusion and Lasting Change is a ground-breaking account of discrimination against women and other minority groups in the tech world. Though she lost a 2015 suit taken against the Silicon Valley venture capital firm she worked with, Pao has exposed a toxic and non-inclusive culture at the heart of corporate America. The book has helped start a debate about discrimination in terms of gender and ethnicity among other issues.

If one figure epitomises the macho culture of business it is Jordan Belfort, the so-called Wolf of Wall Street, another figure who regularly fills conference halls. Belfort has a new volume out called Way of the Wolf. The book does have a clear focus. It explains in detail his system of straight line selling.

The core idea here is about controlling sales conversations, gathering intelligence and ensuring a straight beginning to end sales process so that you don’t get put off by distractions. In his characteristically blunt, aggressive style, Belfort makes some good points and when and how to sell but this won’t be to everyone’s taste.

Financial literacy is the subject of Why the Rich Are Getting Richer by Robert Kiyosaki, author of the best-selling Rich Dad, Poor Dad volume. Kiyosaki argues that practical financial education is crucial for those who want to survive in an increasing turbulent world. Today’s savers are losers, the stock market is the biggest bubble in world history and bonds, once safe and secure, are time bombs. If interest rates start going up, the bond market may blow up, he argues.

Among the more interesting books on strategy this year is The Power of Little Ideas by David Robertson. Sub-titled “A low-risk, high reward approach to innovation”, the book debunks the notion of radical disruptive innovation. In doing this, organisations often throw the baby out with the bathwater, he notes. Instead, he suggests creating a network of diverse, complimentary innovations around products to make them more compelling and attractive, without fundamentally changing them.

The Next Factory of the World: How Chinese Investment is Reshaping Africa, by Irene Yuan Sun, provides a fascinating look at how China sees Africa as a global manufacturing powerhouse and is investing accordingly. China sees Africa differently to the West and believes that the continent can industrialise dramatically in the coming years in the way other economies have.

While author Sun acknowledges that some may see this as old-fashioned thinking, it is the only strategy that has proven to raise living standards in a sustainable way.

In terms of breath and depth of research, The One Device: the Secret History of the iPhone is impressive. Technology journalist Brian Merchant gets behind the scenes at Apple, providing fresh insights on the technology giant. The picture that emerges is of a brutal and secretive organisation run by a highly dedicated team of innovators, who lived in constant fear of Steve Jobs. Early work on the iPhone was largely hidden from Jobs, lest he scuttle the project.

Merchant debunks many of the myths created by Jobs about how aspects of the iPhone were created by Apple while at the same time recognising the mastery involved in blending numerous technological advances from research labs around the world. He also exhaustively traces the metals and component parts of the smartphone from diverse sources around the world.

Some of the most revealing interviews with business leaders in Ireland were conducted by the late Ivor Kenny who died last year. His son, Conor Kenny, is carrying on the tradition of compiling these in book form from first-person narratives. It’s Who I Am: People Who Discovered Their Purpose and Passion, captures the thoughts of 14 of these subjects. The book includes interviews with Pádraig Ó Céidigh, Domini Kemp, Gary McGann and Bobby Kerr.

Meanwhile, hot off the press for Christmas is Ireland Inc: A History of Irish Business, a comprehensive volume that includes fresh interviews with leading business figures including Denis O’Brien, Michael Smurfit, Dermot Desmond and Leslie Buckley.

No shortage of decent reading material there so and a few handy stocking fillers.