Texan city drills down into renewables in shift from fossil fuels 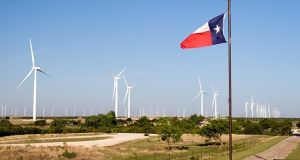 Most of the wind and solar energy powering Georgetown in Texas is travelling halfway across a state on a par with France in terms of physical size.

Georgetown in the state of Texas is one of the only cities in the United States powered entirely by renewable energy sources. As the city is overwhelmingly conservative, Republican and situated in the middle of a state synonymous with oil and gas, the first question that comes to mind is: how? But in Texas, if going green means gaining green too, anything is possible.

Here’s an oxymoron for you: green Republicans. Not anymore. One Texan city has proven even a municipality with a sizable number of climate change deniers can be convinced to do the right thing – at the right price.

In 2008, city officials in Georgetown – a small municipality located 40km north of Austin – made the bold decision not to renew their long-term energy supply contract with the Lower Colorado River Authority. Instead of committing to another 20 years with the fossil-fuel power provider, they decided to go on to the open market independently and search for a cheaper supplier.

“The lowest-cost contracts were renewables,” says Dr Fred Beach, assistant director for policy studies at the Energy Institute at the University of Texas, Austin, and resident of Georgetown.

All electricity provided to the citizens of a city with about 50,000 inhabitants (about 20,000 of whom would be utility customers) now comes from wind and solar at a significantly reduced cost compared with their bills if Georgetown still relied exclusively on oil and gas suppliers.

Decision based on cost

This radical switch to renewables, in a city whose inhabitants have voted for a Republican candidate in every presidential race since 1976, was motivated purely by economics. Dr Beach, who was a sitting member of the local utility board when the decision was made to switch to wind and solar, says there was never a decision to “go renewable” in Georgetown. It was a decision made solely based on cost, he says.

Not only are wind and solar considerably cheaper than oil and gas in Texas, with renewables it’s possible to lock in fixed prices over extended periods. This eliminates the risks posed by exposure to market volatility so commonplace with fossil fuels. This additional benefit has become a major selling point in terms of economic development for the city. “If you can tell a potential enterprise looking to build a plant or factory that their power costs won’t change over a 20-year period, it is a real incentive to do business in Georgetown,” says Beach.

However, whatever you do, don’t call it an energy revolution. Many of the city’s inhabitants don’t even believe man-made climate change is real. To compound matters further, the emergence of a metropolis powered fully by renewable energy – in a state bursting at the seams with oil and gas reserves – is a result of a Bill pushed through Congress in 1999 by then governor George W Bush which deregulated the local energy market in an effort to diversify the state’s energy sources.

Georgetown began its experiment using only wind power. Then, a couple of years ago, they decided to diversify into solar also. Existing solar technology has had its fair share of critics, mainly for failing to be an efficient way of producing energy. However, with the ability to scale, solar can be very cost-effective. It’s just a matter of how many solar panels you can instal.

Texas enjoys the luxury of having the space needed for the production of renewable energy from sources such as solar and wind. More importantly, it gets lots of sunshine and lots of wind, particularly in the west Texas desert where the bulk of energy production – renewable or otherwise – takes place. Most of the wind and solar energy powering Georgetown is travelling halfway across a state on a par with France in terms of physical size.

The oil and gas industry has been forced to respond in recent years to the threat posed not just from renewables but also the low return from Texas Tea. At one time a barrel of crude oil could set you back $100. These days it’s closer to $30 and has been for some time.

Companies have had to ensure production become a far more efficient process. Because, with the development of hydraulic fracturing (fracking) technology, there’s no evidence to suggest the Lone Star State will run out of its oil and gas reserves anytime soon. Last year The Irish Times reported the discovery of the largest oil and gas reserve in US history near the west Texas city of Midland. Even in oil and gas “plays” (the geological term for a group of oil fields in the same region with a similar set of geological characteristics) that have already been heavily drilled, such as the Eagle Ford Shale Basin in South Texas, are expected to continue producing for another five decades.

On the other hand, Texas produces more wind power than any other US state. In addition, at the beginning of 2017, the Public Utility Commission of Texas agreed to sell the largest solar farm in the state to billionaire Warren Buffett, a man known for making the occasional shrewd business decision.

No other city in Texas has successfully copied Georgetown’s model. Some have tried but for one reason or another have been unable to go 100 per cent green. “What’s happened in Georgetown has come about to a certain extent serendipitously,” says Beach. “But as long as renewables remain at a lower price than fossil fuels, it’s only a matter of time before other cities follow our lead.”