Sourcing science funding: What is this €100m SFI project? 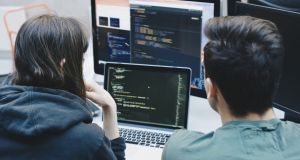 For some years now, since the economy recovered, we have heard repeatedly about a shortfall in the numbers of computer graduates.

They say it is a bad idea to look a gift horse in the mouth. I am not sure whether this is because the bestower of the gift might be offended, or some kind of karma arrive to deliver bad luck.

However, like many before me I couldn’t resist looking down the gullet of a gift horse in the form of a €100 million investment by Government in a research programme to boost the numbers of skilled postgraduates delivered by our research system.

The €100 million will be delivered by Science Foundation Ireland via a Science Centres for Research training initiative. Announced last week, it is a 10-year effort to boost the numbers of postgraduate students working in various streams of the information technology industries. The stated aim is to increase the level of postgraduate skills in digital, data and information and communications technologies in order “to meet industry skills needs”.

The programme expects to deliver 600 additional postgraduates with a skillset focused on aspects of IT, and fully ready to plug-and-play in terms going straight into employment once they get through the programme.

The companies are not getting it all for nothing. The foundation says that about 20 per cent of the postgraduates will be funded via other sources such as industry itself, the universities and charitable organisations. But company participants will be able to intervene directly in the education of these postgraduates, defining what skills the companies require from the graduates, not only in IT but more broadly skills in the world of business and commerce.

For some years now, since the economy recovered, we have heard repeatedly about a shortfall in the numbers of computer graduates and postgraduates available to fill all the vacancies that were available. This wasn’t only the Republic’s problem, a similar shortage of staff emerged in the US, UK and much of western Europe. The lack of graduates is a double whammy for the State given we need trained people to move across into Irish companies but the success of IDA Ireland also meant that even more were required to fill the vacancies arising out of FDI.

On the face of it then this research training initiative seems like just what we need – happy graduates getting high-paying IT jobs right out of third level and more staff coming through the pipeline to take up positions in the multinationals and indigenous companies. The students will be working within the foundation’s ICT theme which allows for a wide range of subjects including, future networks, communications and internet of things, data analytics, management, security, privacy, robotics, artificial intelligence, digital platforms, content and applications, augmented reality and virtual reality. The foundation is about to open a call for the first 30 postgrad students to sign up and there will be 30 per year to reach 120 participants over four years. All of these will be attached to one of the foundation’s 16 existing research centres or any of the new centres likely to be announced in the coming months.

A few things, though, make me want to ask questions of the gift horse, the first being the determination to emphasise what the industry says it needs rather than what the students need as they explore their academic futures. There is no point in producing postdocs with irrelevant training that does not reflect the current IT world, but the Republic will not build its research reputation internationally by using a cookie cutter to knock out trained individuals. No doubt the foundation has worked out a way to avoid this happening.

A second issue relates to the market being able to absorb these high level people quickly enough. The scheme looks like producing 120 stellar postdocs who would be worth a lot to companies looking for highly trained people. But these skills are now internationally traded and we do not need a situation where we train them to peak condition only to see them head for companies in the US or France or Australia. We already have a “training for export” problem related to the training of doctors, many of whom leave Ireland to gain experience. These like the ICT cohort are expensive to train and it is a ferocious waste of talent if we cannot find a way to keep them here.

The foundation is addressing the ICT staffing problem in the initial four years of this programme, but other research themes have to be on the agenda for later student intake, for example biopharma or medical devices. The system will be geared to work with IT grads, but is the supply going to be switched off in the fifth year to allow 120 postdocs specialising in another research area? Maybe we should have taken in 20 or 40 IT specialists then 20 to 40 medical devices and 20 to 40 grads in another area, say renewable energy. This approach might have evened out the uptake of postgrads while benefiting companies working in other areas, engineering for example, and balancing postgrad output. It is tempting to look at the gift horse, even though it looks healthy enough.