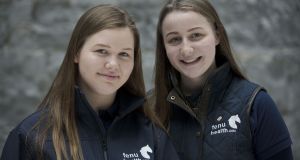 Are entrepreneurs natural-born business people who somehow know how to handle office politics, coax funders out of the bushes, deal with finance and be able to do all of the other jobs in the company without missing a step? Or are they made after repeated exposure to the potential of running a business, going through training and mentorships, having all potential sources of state funding made known to them and then be coached on how to motivate staff to get things rolling?

Entrepreneurship nature/nurture in the business sector is probably more or less the same as in other areas such as sales, being good at maths and finance and knowing how to handle people. Some folks are wizards at these tasks while others struggle with it and sign up for courses on the best methods for doing these which are an important part of business success.

Whichever is the case, born with it or acquired over time, successive governments have spent money as if nurture – training and experience – was all that was needed to make an entrepreneur. The State has backed a surprising range of entrepreneurship programmes, which have ranged from primary-level right through to fourth-level graduates. There are also ways for private-sector firms and start-up companies to tap into State funding to help them establish businesses driven by innovation.

On Tuesday, applications opened for recent and soon-to-be third-level graduates interested in launching a start-up company to apply for support funds of up to €50,000 per project under Enterprise Ireland’s Competitive Start Fund. Ten of these grants are on offer and access to this money early on in the life of a company could have a huge impact.

At the other end of the entrepreneurial scale there is the Junior Entrepreneur Programme (JEP), which runs not on State but on private-sector company support. Set up by entrepreneur and multimillionaire Jerry Kennelly, it encourages primary pupils to set up real businesses and try to make them work, from dog-walking businesses to baby-sitting enterprises.

JEP itself is a not-for-profit undertaking underwritten by Kennelly’s design company Tweak and operates on an all-island basis. The children have several months during which they can search for ideas, pull together a business plan and then try to make sales, and some of these companies actually do make sales and earn profits for the young entrepreneurs who set them up. Kennelly made a fortune selling his company Stockbyte and this leaves him free to help others grab the brass ring through entrepreneurship.

The key, however, is the idea, the discovery that provided the basis of a successful start-up. You cannot launch a company if you don’t have something to sell

The BT Young Scientist and Technology Exhibition has developed another very good entrepreneurship scheme, the BT Business Bootcamp Programme. This invites several dozen students with exhibition projects that look like they have commercial potential to take part in a boot camp at University College Dublin. Here they are put through their business paces, encouraging them to develop ways to commercialise the ideas and discoveries made during their young-scientist project work. Real companies have emerged from this programme over the past eight years of its operation.

Several of these could have tapped into various programmes available through Science Foundation Ireland in support of start-up companies and some are linked with Enterprise Ireland’s efforts in support of “high potential” firms that look like they could grow into successful exporting businesses. The majority of applicant firms are in the research/tech area and are built on good ideas developed by someone with a mind to set up a business. High potential means that they would be expected to have an export-based firm with 10 employees and an initial three-year sales target of €1 million.

These are only a few of the ways that Ireland attempts to build up its supply of entrepreneurs and one would think we must by now be awash with them, all striving to build world-beater firms that will make a million. And we know some have.

The key, however, is the idea, the discovery that provided the basis of a successful start-up. You cannot launch a company if you don’t have something to sell and in this instance the item on sale arose as a result of research. While we need a pipeline of budding entrepreneurs we also need a pipeline of discoveries that can get a start-up on the road to success. These discoveries arise because of research, so feeding the research ecosystem here is clearly a way to foster new companies and get the employment the Government seeks from Ireland’s tech sector. A good idea will always find a way to reach the marketplace, and good ideas come from research.