Start-up to help brands step up to social responsibilities 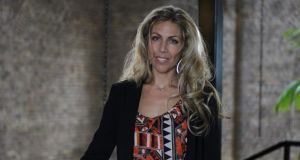 Onestepcloser.to founder Joanna Mulkeen is in talks with 10 brands which she hopes will be the start-up’s launch customers.

Companies talk a lot about CSR (corporate social responsibility) and many are prepared to put effort and money behind it. However, even the best CSR programmes will fail if those that need to know about them don’t. This is where Onestepcloser.to comes in. It helps organisations to refine their CSR message, get it across to their target audience and actively involve that audience in the process whether they are staff, consumers or the general public. A very basic example would be where a company decides to donate money to charity and asks staff or customers to vote on where the money goes.

Onestepcloser.to was set up in 2014 by Stockholm-born Joanna Mulkeen, who studied business at Trinity College and then worked as a sustainability consultant advising companies on building their CSR strategies and linking them to core business objectives. What influenced her to set up her business was consumer inertia and the failure of CSR programmes to get stakeholder buy-in.

“It can be very difficult to get engagement and response rates can be as low as 2 per cent. However, properly managed, a campaign should be able to hit a response rate of at least 20 per cent,” she says. “One of the keys to success is a quick turnaround so people can see action within a few days. Immediacy is much more effective than waiting a year for the results to be written about in an annual report. Quick, short spurts where results are shared on a company’s website and through their social media channels are the most effective.”

Onestepcloser.to’s customers will be brands – big and small – and it has been running trials in Sligo and Galway over the last six months to test the platform. The company had its first big break at the end of April when it was retained by Trinity College to run a CSR campaign supporting the university’s endeavours to reduce single-use plastic on the campus. “With the Trinity campaign, students and staff were asked about removing plastic cups, straws and cutlery from the Buttery restaurant and to vote on which should be replaced first. The results came out the following week and the cups won and were removed and the other items will follow. It was very specific, very targeted and people could see their vote had made a difference,” Mulkeen says.

Onestepcloser.to addresses both sides of the CSR coin, the brand and the consumer by providing brands with a means of sharing their CSR initiatives and consumers with an easy way of responding to them. “We hope to inspire consumers to take part and influence ‘their’ brands for good and we have seen from our trials that it brings a positive feeling of being a change-maker, if only through taking small steps,” says Mulkeen.

Mulkeen is a graduate of both Enterprise Ireland’s competitive start fund for female entrepreneurs and the National Digital Research Centre’s Launchpad accelerator and she estimates the cost of establishing her business at about €100,000, which was largely self-funded.

The company is now revenue-generating and will make its money by charging users a licence fee for using its platform and a fee for devising and managing campaigns. The fee will be on a sliding scale depending on the size of organisation and the number of campaigns.

Onestepcloser.to will have its official launch in September and the company is currently in talks with 10 brands which it hopes will be its launch customers.

“We don’t have direct competition per se, “says Mulkeen. “The closest thing to what we do would be fundraising and petition platforms. Our technology is not disruptive but shifting the mindset to a point where people not only describe a favourite product but also the brand’s core values and the difference this makes in the world.”