Bias was clear in the old media baron days, not in Zuckerberg’s world 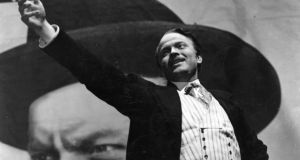 There has been an awful lot of attention paid in recent years to how the internet is disrupting the traditional media business model - it is, understandably, a subject of some interest to newspapers and journalists.

However, there has been rather less attention paid to how the internet is poised to disrupt the tradition of the media baron.

Many newspapers, after all, have long functioned more as instruments of influence for ambitious proprietors rather than businesses in their own right.

As demonstrated in the last century by the likes of the Harmsworth brothers (aka viscounts Rothermere and Northcliffe) in the UK or William Randolph Hearst in the US, owning newspaper titles was a shortcut to political influence without any of the hassles or constraints of actually being a politician. Democracy, it was clear, was for the little people.

However, with the dwindling reach of newspapers and print media, what will happen to the media barons who once strode the world like colossi?

It might be instructive to look at the most colossal of them all. There has never been a media empire as sprawling as that built by Rupert Murdoch. From the stable of papers he acquired across Australia, the UK and the US to the TV networks he built from scratch, Murdoch is the most powerful media owner in history.

Indeed, his ceaseless empire-building continues with his bid to acquire Sky outright, with 21st Century Fox angling to buy the 61 per cent of the broadcaster it doesn’t already own.

Murdoch’s power is implicitly transactional – favourable coverage comes at a price, and try to stymie his agenda or ambitions and expect to be lampooned on the front of the Sun or sneered at in the opinion pages of the Wall Street Journal. The amenability of readers to the message in Murdoch’s media is taken for granted.

But Murdoch’s is a resolutely old-world sort of media empire – the ill-fated 2005 acquisition of social network website MySpace the most infamous of his many digital missteps.

Somewhat ironically, it is the man who rendered MySpace obsolete who is best poised to succeed Murdoch as the most powerful media baron in the world, and he won’t need to own a single title to claim the mantle.

Mark Zuckerberg is already powerful in ways we can barely conceive of, thanks to the unprecedented scale of Facebook.

However, rather than the traditional form of power wielded by media proprietors in the past, we are seeing an entirely new sort of influence take shape, and because it is still only being formed, we are just beginning to grasp the extent of it.

Facebook is breaking down the relationship between readers and publishers, with an array of unintended consequences.

Thus, Zuckerberg is presiding over a “media monopoly” not of newspaper titles or TV stations, but of audience attention.

For some reason, however, we have yet to fully reconcile ourselves to the reality that Facebook users are as susceptible to manipulation as newspaper readers, despite the growing body of research showing just how powerful Facebook is at affecting attitudes and behaviours.

The concern over the rise of social media filter bubbles ignores the fact that deciding to read the Sun or the New York Post is a primitive sort of filter bubble – choosing news sources that coincide with your tribal identity and reinforce your world view.

With Facebook’s Newsfeed, however, that process becomes much more opaque, and therefore more insidious.

With Murdoch, the audience is usually aware, on some level, they are consuming one of his products, and therefore conscious of his power; with Zuckerberg, no such clarity exists. Because of the Newsfeed format, people are often only barely aware of that process of manipulation, of how the algorithms are shaping what they see.

“For the past decade, Facebook has focused on connecting friends and families,” he wrote in his manifesto, Building Global Community.

“With that foundation, our next focus will be developing the social infrastructure for community – for supporting us, for keeping us safe, for informing us, for civic engagement, and for inclusion of all.”

Those goals are admirably altruistic, for sure. But it represents a threat to global democratic governance all the same – nobody gets to vote for our social media overlord, after all. The best of intentions can lead to terribly damaging unintended consequences.

People have an enduring fascination with the end of empires, and the way they are often usurped by an entirely new form of rival.

Murdoch’s empire is not on the verge of collapse, by any means, but we may come to see him as the last of the great media barons, before Zuckerberg renders the very concept as obsolete as MySpace.